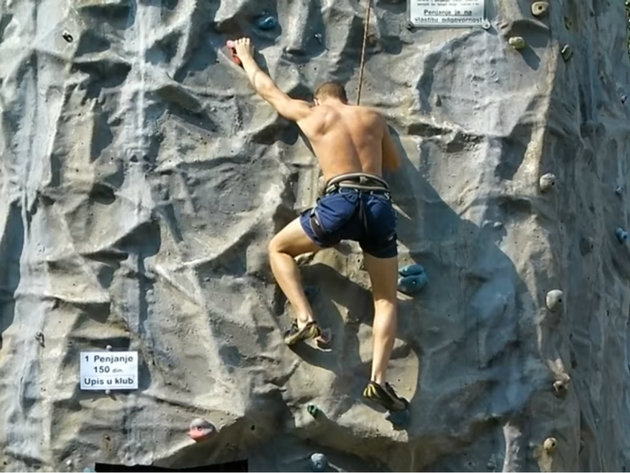 Illustration (Photo: Youtube/screenshot)
The Sombor-based company GRP centar, which produces panels, sheets, pipes and profiles made of plastic, is expanding its operations with the construction of a new hall for the production of artificial rock panels.

This intention was announced through the Urban Project of the development of the location for the extension of the production facility in the Sombor Industrial Zone South, which was announced by the City of Sombor.

The company already has two production halls in the industrial zone, where polyester elements are produced (pipes and manholes), and now, according to the project documentation, they plan to increase the production capacities by building a new hall for the production of artificial rock panels for mountain climbers and indoor exercises.

The rocks will be made of panels with a polyester finish and steel anchorages, on CNC machines and with a manual finish.

The new hall, to be built in a single phase, will have one ground floor on an area of 750 m2.

– In addition to production space, the hall will also feature a section for the workers and a solid-fuel boiler room – the project says.

The new hall will also get 11 parking spaces, the complex should feature new internal traffic routes, and the green areas on the entire parcel will increase by 535 m2.

The plan is to fence out the production complex area by a transparent fence.

The documentation says that, in designing a new hall, energy efficiency measures should be planned, entailing, among other things, solar panels for the hall's roof and facades.

The urban project, prepared by the Apatin-based company Urban Planning, is being publicly presented in the building of the City Administration of Sombor from August 14-21.