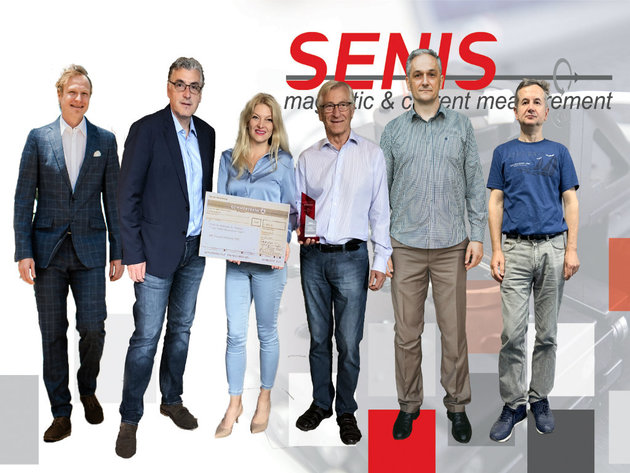 (Photo: SENTRONIS )
This year, the Association for Sensors and Measurement in Berlin (AMA) named a team mostly consisting of members working for the SENTRONIS R&D center from Nis, that is, its partner company SENIS AG from Switzerland, winner of the AMA Innovation Award 2020. The head of the team is the founder of both companies, Professor Radivoje Popovic, and the other members of the team are: Dragana Popovic-Ranela, Sasa Spasic, Marjan Blagojevic, Sasa Dimitrijevic and Thomas Kaltenbacher. This is one of the most prestigious awards in the field of sensing and measuring technology. The award is handed out to development teams, not companies.

SENIS AG is a developer of magnetic sensing and instrumentation systems based in Switzerland. As pointed out, amidst the pandemic, recognition of the honors has taken an unusual twists due to adjustments to Covid-19.

This team has developed FAMAS, an integrated magnetic field sensor that allows the measurement of the rotation angle of the in-plane component of a magnetic field, such as that of a permanent magnet attached to a rotating shaft.

Due to the current situation, the award was endowed virtually instead of physically at the SENSOR+TEST trade fair as planned. 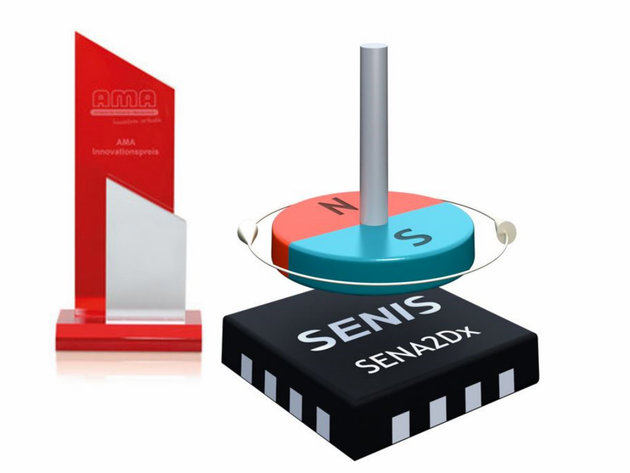 (Photo: SENTRONIS)
FAMAS is described by the company as a cost effective, fast and accurate magnetic angle sensor based on two vertical Hall elements and on direct angle to digital format conversion. Its patented algorithm includes an innovative servo loop control system. It allows angle sensing at practically unlimited rotary speeds, with ultimately short and angle independent latency. It provides the direct angle information at significantly reduced sensor cost and can provide angle measurement of magnets in both on-the-shaft and off-the-shaft topologies.

It was recognized as a disruptive product in the magnetic field sensor global market for its fast response (<1us), high resolution (<0.1°), high rotational speed (200,000 rpm), and low price. Its development project received funding from the European Union’s Horizon 2020 research and innovation program which supports promising industrialization and commercialization efforts.

In another recognition, the Intellectual Property Office has nominated Professor Radivoje Popovic, a founder, president and chief technology officer of SENIS, for its award in lifetime achievement of the European Inventor Award 2020.

Held each year by the Intellectual Property Office, this year’s judging and ceremony have been impacted also by Covid-19. The 2020 Award has been postponed until 2021. The finalists will be announced in May 2021 and the event will take place in Monaco on 17 June 2021.

Popovic has dedicated his career to the development of novel magnetic, current, and optical sensors, said IPO. He is named as inventor in 41 granted European patents. His inventions enabled for the first time the realization of integrated multi-axis magnetic sensors that are widely used in automotive industry, in mobile phones and in scientific research.

He is a professor emeritus at the Swiss Federal Institute of Technology (EPFL) in Lausanne. Before joining EPFL as a professor of microtechnology systems, Popovic was vice president of Central R&D at Landis+Gyr in Zug.