New Facilities of Several Investors to Open in Indjija by the End of the Year – Plan Includes Construction of Sports Academy, Indoor Pool, Green Market... 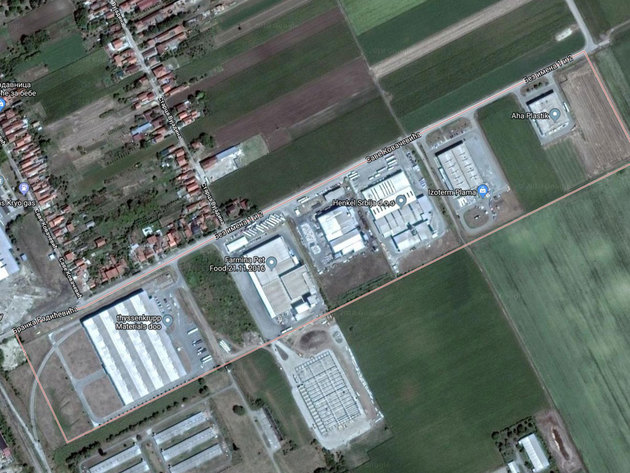 Industrial Zone in Indjija (Photo: Google Maps/screenshot)
The coronavirus pandemic has slowed down certain investments in the municipality of Indjija, but no project has been abandoned, the municipal administration told our portal. The beginning of the construction of the Toyo Tires factory was announced recently, and several other companies are expected to open their facilities by the end of the year as well.

– In the past three years, agreements have been signed with 11 companies that have bought land in the industrial zone. Some have already started working, while others are expected to. Metal-IN Zelic, Zeo World, Prica ketering, Zlatibor gradnja and Mikom are expected to start operating soon – Nemanja Milojevic, the head of the cabinet of the president of the municipality, says for eKapija and adds that new, expanded facilities of the companies which already operate in Indjija, should also start operating soon.

Among them is the new facility of Martini Gradnja for the production of reinforced concrete structures, which is expected to start operating soon, as is Fertico, a factory of foliar fertilizers. Fertico operates within Agromarket, a company which has been present in Indjija since 2018, and, according to Milojevic, should start operating in a month or two.

In addition to the investments in the industrial zone, Milojevic also points out that the local self-government is working on making life easier for the citizens. The most important investment currently in progress is the construction of a new kindergarten, which should be able to take in all the children currently on the waiting list.

– The construction started right before the state of emergency was declared and has not stopped. We expect the finishing construction works to be done by the beginning of September, which is to be followed by the equipping, and then the official opening this autumn. The capacity of the kindergarten is 300 children and we will take in all the children on the waiting list, of which there are slightly more than 200 – Milojevic says.

The investment is worth RSD 108 million.

In a few days, the paving of the longest road in Ljukovo, 1. novembar Street, is to start. The street is slightly over 2 kilometers long, and the project is worth RSD 52.6 million without VAT.

Recently, Milojevic points out, the reconstruction of pedestrian lanes in Novi Slankamen was finished. The road belt was paved, concrete slabs were laid on the pedestrian lanes and road accesses were developed. Also, the rainwater canals were deepened.

As he points out, the section between Novi Karlovci and Krcedin was finished.

– This is a part of the ring around Indjija of around 5 kilometers. The investment is worth RSD 300 million, and the funds are provided from the state budget – Milojevic says.

Milojevic also announces new investments in the municipality in the next several years, one of the most important of which, he points out, is the construction of a new green market in the center of Indjija.

– We need this very much. The documentation is close to being completed, we are looking for the resources and a way to do this financially – he says.

The local self-government also plans to build an indoor town pool, designated to be next to the existing outdoor pool. According to our interviewee, the preparation of the documentation should begin soon.

The project documentation for the new sports academy is ready as well.

– The sports academy is supposed to be built close to the new sports hall. We want a complex there, with bedrooms, a presentation hall, a cafeteria, a kitchen... The project documentation is prepared and we expect this to start by the end of the year or in the spring – he points out.

A full reconstruction of the town square is planned, as is the development of parks, which will get new street furniture, lighting, paths and playgrounds.