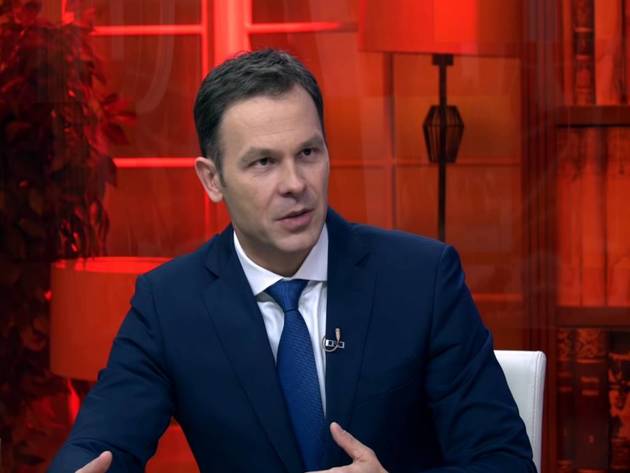 By August 10, the first installment of the announced two of 60% of the minimum wage, will be paid automatically, and business entities founded in the past months, during the pandemic crisis, can also count on two minimum wages from this package, the minister says.

After the session of the Government of Serbia, which today adopted the legal framework for the implementation of the second economy stimulus measures, aimed at reducing the negative consequences of COVID-19 on the economy, Mali said that the package was a continuation of the first one, of EUR 5.1 billion, and that it should enable the preservation of jobs and production capacities.

– We will start implementing the second package of measures right away. The first 60% of the minimum wage is to be paid by August 10, and we will announce the exact date in the next few days – Mali said.

The entrepreneurs, micro, small and medium enterprises which were paid minimum wages in July, of which there are around 235,000, with 1,050,000 workers, don't have to apply for the new minimum wages.

– Automatically, they will get 60% of the minimum wage in August and September, and those who don't want the money can return it to the treasury of the Republic of Serbia – the finance minister explains.

The second stimulus package also enables companies founded between March 15 and July 20 to get support, but they will have to apply, and the money will be paid to their accounts in September.

– Considering that the application is to be carried out in August, they will be paid two installments in September. It's very important to allow new companies to get the money from the second package – he said.

Measures of support remain in effect for big business entities as well, which will get 50% of the minimum wage from the state for those workers who have been laid off.

The condition for getting state aid is that no more than 10% of the employees can be laid off three months from the payment of the 60% of the last minimum wage.

Log in to view complete information:
Forgot your password? Click here HERE
For free test use, click HERE
Latest
Most read
President Has Not Signed Amendments to Water Act – National Assembly to Deliberate on it Again 23.07.2021.
Ryanair to Resume Flights from Nis to Bergamo (Milan) from August 3 23.07.2021.
Pozarevac Soon to Get Industrial Zone – Space for Attracting Foreign Investments to be Prepared on 78 Hectares 23.07.2021.
Minister of Finance Expecting Agreement on Increase of Minimum Wage to RSD 35,000 23.07.2021.
Hotel Grand on Kopaonik to Get New Look and VIP Features – Take a Look at the Design 22.07.2021.
Subway Must go to KCS and Prokop, Residents Along Ibar Main Road Not Aware of Being Left out of the Plan – What Initiative of “Po Meri Metro” Association Envisages for Line 1 01.07.2021.
Border crossings to get video supervision – Border jams soon to be broadcast live online 22.04.2018.
Sale of Property of Beobanka in Bankruptcy Stopped – Over 7 Hectares of Land in Central Business Zone of New Belgrade Without an Owner for Now 22.07.2021.
Weather
Weather forecast