MIHAJLOVIC: Modernization of Belgrade-Nis railway to begin in 2021 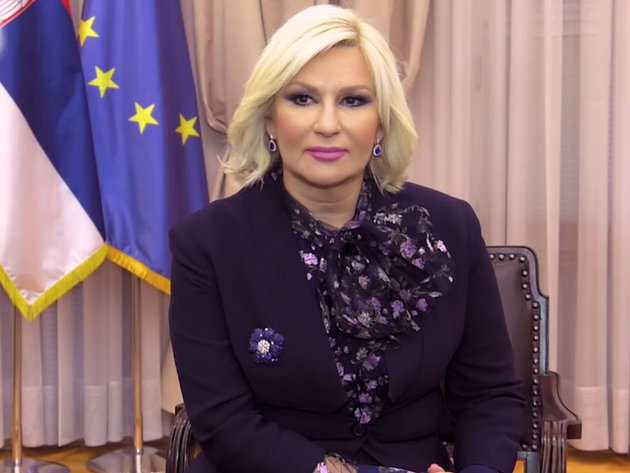 Zorana Mihajlovic (Photo: YouTube/screenshot)
The modernization of the Belgrade-Nis railway will begin in 2021, stated Serbian Minister of Construction, Transport and Infrastructure Zorana Mihajlovic.

She added that the value of the project, on which Serbia is cooperating with the Chinese company CRBC, had been estimated at around EUR 2 billion, the competent ministry announced.

– Regarding the financing, we will see whether the construction is to be financed through some kind of a preferential credit, because we do have that kind of cooperation with China on infrastructure projects – Mihajlovic added.

Talking about the safety of road crossings, Mihajlovic said that around EUR 10 million would be invested in increasing the safety in this area.

– Each crossing is now secured with barriers or marked with traffic signs, but we constantly need to appeal to people to pay attention to the traffic signs. Whether your are walking or driving a car, pay attention and stop before the crossing. It's a tragedy when someone gets hurt, let alone when someone loses their life – Mihajlovic said.
Companies:
Ministarstvo građevinarstva, saobraćaja i infrastrukture Republike Srbije
China Road and Bridge Corporation Serbia ogranak Beograd
Tags:
Ministry of Construction
CRBC
Zorana Mihajlović
high speed railway
Belgrade Niš high speed railway
Corridor 10
railway Corridor 10
Share: