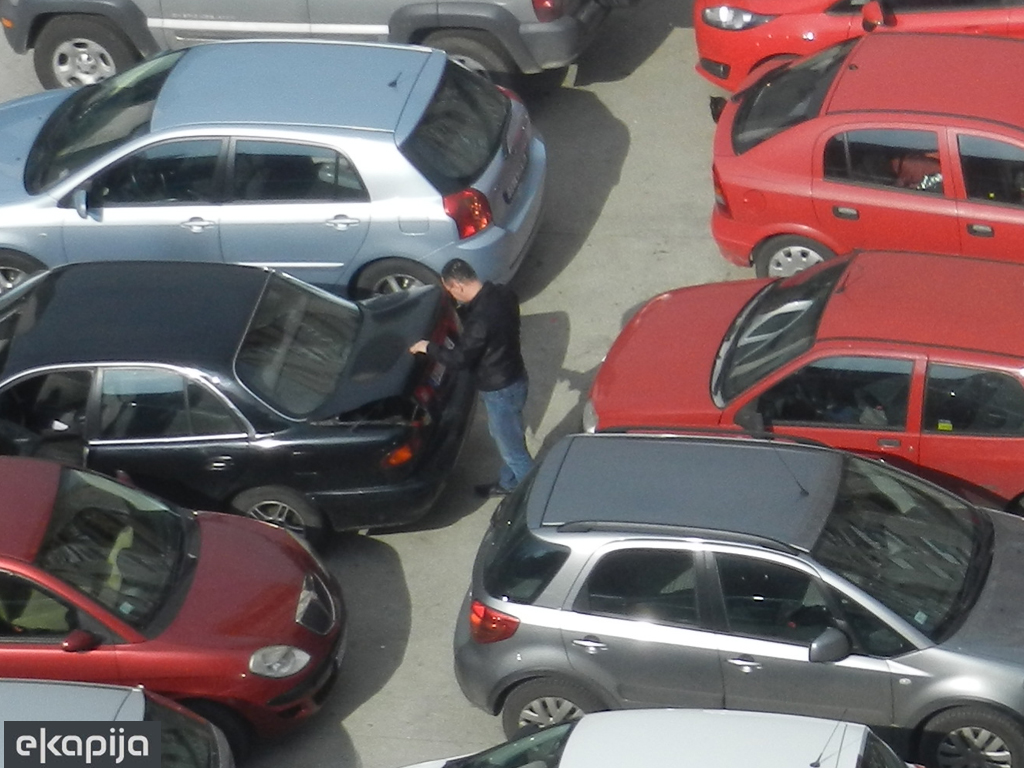 Illustration (Photo: Suzana Obradović)
The deputy mayor of Belgrade, Goran Vesic, has presented a new system of electronic control of improper parking, called “Falcon's Eye”, which will entail the use of specially equipped vehicles.

– The system should put an end to parking in “yellow lanes”, on tram tracks, pedestrian crossings, spaces for the disabled, but also in front of building entrances and on non-designated parts of a sidewalk. Until now, the perpetrators were only penalized if a traffic police officer or a municipal police officer happened to pass by. Now, special vehicles will make rounds at the frequency of at least 20 minutes, which means that the likeliness of being penalized will increase substantially. Another advantage is that the system helps those who use the public transport, because, if we free the “yellow lanes”, it will accelerate by 10-20%, and all other forms of traffic will accelerate as well. We expect to see the real effects of the system around August 20 – Vesic said, as reported by Beoinfo.

He specified that the system covered 93 of the busiest streets. 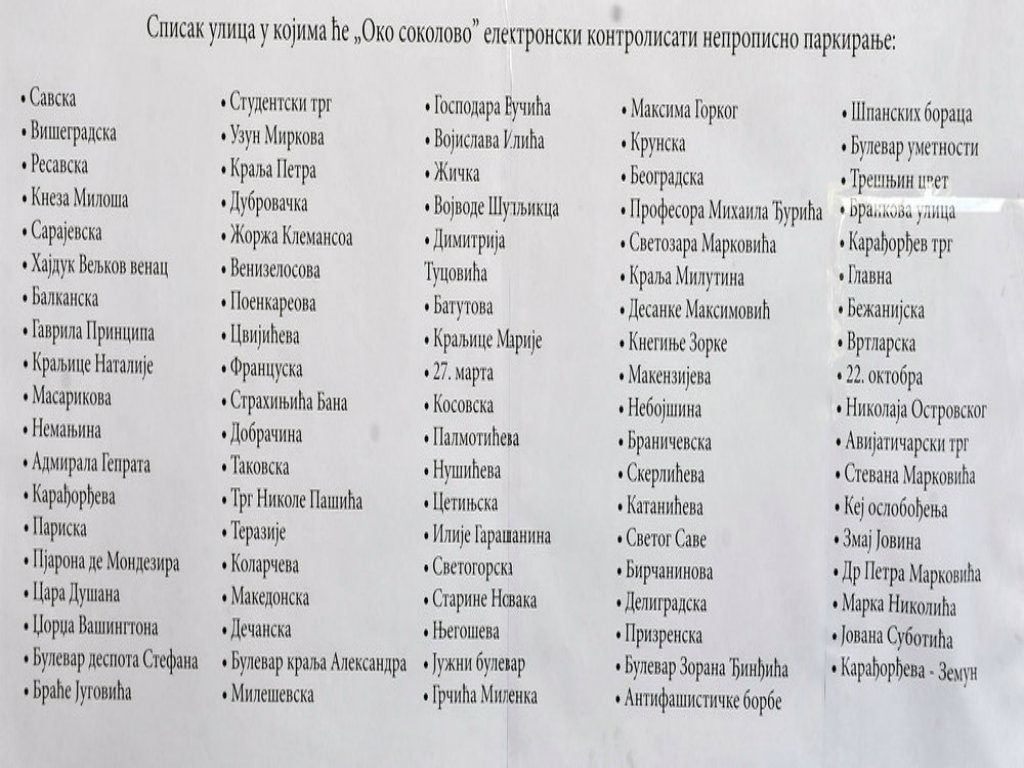 (Photo: Beograd.rs)
– We have picked the streets with the public transport, where improper parking is the most frequent. We have started setting up signs on each end of these streets, warning people that electronic parking control has started – Vesic said.

He noted that the system also had other safety benefits and cited the example of Great Britain, where the system has been functioning since 2011, helping reduce home and car burglaries by 50%. Everything has been harmonized with the Law on Personal Data protection, Vesic added and noted that the Ombudsman of Serbia had given authorization as well.

Vesic added that the software was owned by the Parking Service and the City of Belgrade. It enables other enterprises to slowly join the system of software use, such as Beograd-put or GSP. The plan is for the vehicles to get cameras in order to be able to detect potholes in early 2021. The information would be immediately sent to Beokom, which should then forward it to the competent enterprise.

Penalization through the “Falcon's Eye” system will begin on August 10. In the first week, improper perking will merely be detected, and, from August 3, anyone who parks improperly will be sent, to their home address, a notification with an image, the location, the penalty amount, the information that the test phase is still in progress and an appeal to no longer park improperly, Vesic said.

Parts where Covid centers, hospitals, health centers, maternity hospitals, kindergartens and schools are located are exempt from the 93-street network.

A total of 18 vehicles has been procured, and four are to be put into operation initially, whereas the rest will be introduced gradually. The specialized vehicles were purchased at a public tender at the price of EUR 29,000, plus four thousand for the upgrade. They will be active 24 hours a day, with fifteen being on the streets and three acting as a backup.
Companies:
Grad Beograd
JKP Parking servis Beograd
JKP Beograd put Beograd
GSP Beograd
Tags:
Goran Vesić
Falcons Eye
improper parking penalty
parking control
Share: