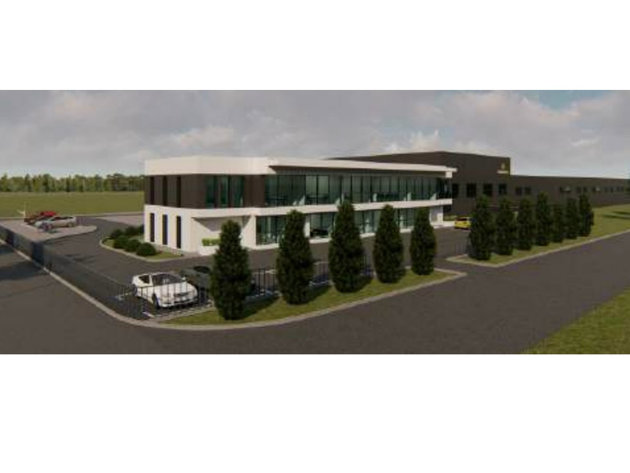 (Photo: Krug plus/Urbanistički plan, screenshot)
The Austria-based company Thermowool has started building a production hall in the area of the industrial zone in Adasevci, near Sid.

In late February, Thermowool bought land from the Directorate of State Property of the Republic of Serbia in order to build a factory and start producing in said industrial zone.

Due to the coronavirus pandemic, the construction started later than planned, and the completion of the works and the launching of the production are expected in late 2020, as reported by TV KCN S.

As eKapija reported earlier, on a parcel of 100,062 m2, the company plans to build a business-production facility for the production of glass wool, which is used as an insulation material in construction and the industry, as well as the accompanying infrastructure, with protective and decorative greenery.

The plan is to build two production halls, a warehouse and an administrative part, as well as traffic and maneuvering areas within the complex.

As the deputy president of the municipality of Sid, Zoran Semenovic, stated in early 2020, the Austrian investor, which already has a facility in Sremska Mitrovica, should employ 60 workers in Sid.
Companies:
THERMOWOOL d.o.o. Šid
Opština Šid
Tags:
Directorate of State Property of the Republic of Serbia
Adaševci
construction of a production hall
Thermowool
production hall
glass wool
coronavirus
pandemic
Zoran Semenović
Share: