Air Serbia to Temporarily Discontinue Certain Flights Due to New Restrictions – Madrid, Nice and Kiev Routes to be Reinstated Next Summer 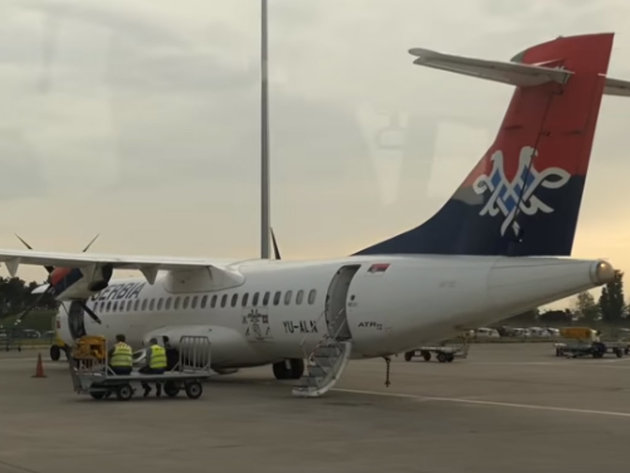 (Photo: YouTube/screenshot)
Serbia's national airline carrier Air Serbia has announced that, due to the coronavirus pandemic and the reinstatement of restrictions and travel bans, it has been forced to additionally adapt its destination network in the upcoming period.

Depending on the travel restrictions, Air Serbia plans to resume flights to Rome, Milan and Bucharest from August 16, instead of August 1, when the flights were initially planned.

Furthermore, after a pause in August, Air Serbia plans to resume flights to Brussels on August 27 and flights to Venice on August 31. Flights to Moscow and Tel Aviv, whose resumption was initially planned for August, are now moved to September 1.

Air Serbia's lines to Madrid, planned for July 29, Nice (August 8) and Kiev (August 31), will be temporarily discontinued. They are to be resumed in next year's summer season.

All passengers will be notified of the changes made to the flight schedule and their new travel options.

The airline carrier points out that they are providing all the necessary support to the passengers who have bought tickets for those flights and express regret over potential inconveniences.
Companies:
Air Serbia Beograd
Tags:
Air Serbia
flights
Madrid
Nice
Brussels
Venice
Moscow
Tel Aviv
Rome
Milan
Bucharest
flights discontinued
Share: