Avala Studios: Avala Film Park Not to be Built at Kosutnjak Park 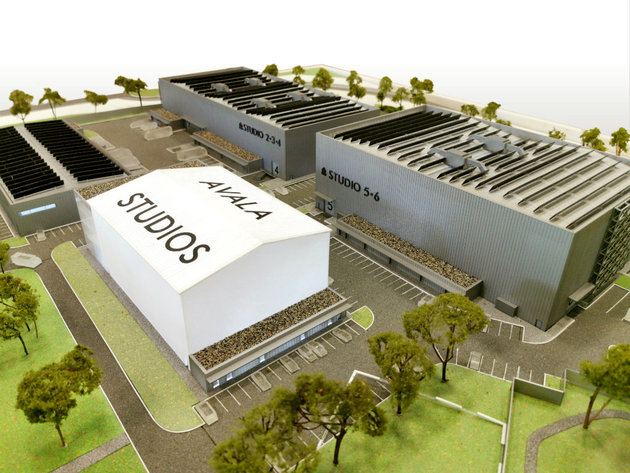 A part of the model of the future complex (Photo: Avala Studios)
The Avala Studios company, the carrier of the Avala Film Park project, has announced that they don't plan to build on the area of the public-use Kosutnjak Park.

– There's a wrong perception in the public that our project is planned on the public space of the Kosutnjak park. Citizens of Belgrade should know that their favorite picnic site, the Kosutnjak Forest, the trim track and the ski track, as well as the sledding area, have nothing to do with our project and that nothing will be built in those areas – said Petar Dajko, the CEO of Avala Studios.

The company says that the project is planned in the area which currently features the company's studios, which is separated from the Kosutnjak Park by Kneza Viseslava Street. They add that this space has never been in public use, that it hasn't been maintained and that it has been neglected.

– The Detailed Regulation Plan covers 86 hectares set by the Urban Planning Institute of the City of Belgrade. These 86 hectares pertain to a part of location in Banovo Brdo, along the Cerak-Zarkovo stretch, across from which is Kosutnjak. In other words, that part does not belong to the protected zone of the Kosutnjak Forest. The plan covers 86 hectares, whereas the part currently used by Avala Studios has about 40 hectares. The remaining part is to keep its purpose and pertains to around 7 hectares of quality forest land, the land belonging to the Church of Saint Luke, the space and the land used by the Yugoslav Film Archive, the premises and the studios of the Radio-Television of Serbia, the Fire Station, the Faculty of Physical Education, Zastava Film and private facilities – the company says.

The press release says that, under the plan of the project of the construction of film studios and accompanying facilities, in addition to investments in the capacities for attracting world film productions, the citizens will also get a new public space of 10 hectares.

– In addition to the construction of a new elementary school, two kindergartens and the most modern sports facilities, the project also entails the preservation of all the most valuable trees, which will be integrated into the new whole and which will be available to all citizens – the press release adds.

According to Avala Studios, the Avala Film Park project revitalizes the existing film studios, but also builds new ones, aiming to attract Hollywood productions and other global film productions and develop Serbian film-making within the former Avala Film complex. Aside from investments in film studios, the project entails the construction of a smart green neighborhood and a thorough development of the currently neglected and largely inaccessible-by-foot area between Kneza Viseslava and Miloja Zakica streets (on the other side of the Kosutnjak Forest, on the slopes toward Cerak).