Contractors for Expansion of Crnotravska and Save Maskovica Streets Selected – Bridge on Ada Huja to be Built in 2021? 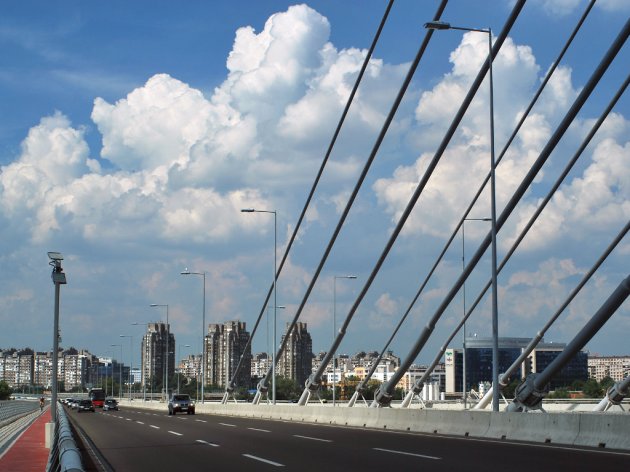 (Photo: Aleksa Aleksic Leka/shutterstock.com)
Two bids were sent for the construction and expansion of Save Maskovica and Crnotravska streets. The more favorable one, worth RSD 437 million, submitted by a group of bidders led by RAS Inzenjering, was chosen, whereas the other one amounted to RSD 487 million, said the deputy mayor of Belgrade, Goran Vesic.

– After a professional examination of the bids and the reaching of the decision on the selection of the supplier, an agreement on the construction of these two traffic routes of a total length of one kilometer, with two lanes in each direction, sidewalks on both sides and the accompanying infrastructure, will be signed. The deadline period for the execution of the works will be 180 days from the possession of the site – Vesic explained, Beoinfo reports.

He added that the reconstruction and expansion of the two streets meant a continuation of the construction, in stages, of the internal bypass route through Belgrade.

– It will connect, through four-lane boulevards, the Ada Bridge and the future Ada Huja Bridge, whose construction is to begin in 2021. On this bypass route, we are already building Patrijarha Pavla Blvd, which we will connect with the Ada Bridge in the spring of 2022, and around ten days ago we started the first phase of the reconstruction of Pere Velimirovica Street – Vesic explained.

As he said, the tendering procedure for the designing of a four-lane street within the 5-km Borska-Lasta Interchange is in progress.

– It covers the stretch from Borska Street, through Save Maskovica Street, past Stepa Stepanovic and Brace Jerkovic neighborhoods, to the highway and the Lasta Interchange. As soon as the project is done, we will open a tendering procedure for the construction of this traffic route – Vesic said.
Companies:
Ras Inženjering niskogradnja d.o.o. Beograd
Grad Beograd
Tags:
expansion of Save Maškovića and Crnotravska streets
Crnotravska Street
Save Maškovića Street
Goran Vesić
Borska Street
Lasta Interchange
internal bypass route
Ada Bridge
Ada Huja
Ada Huja Bridge
Share: