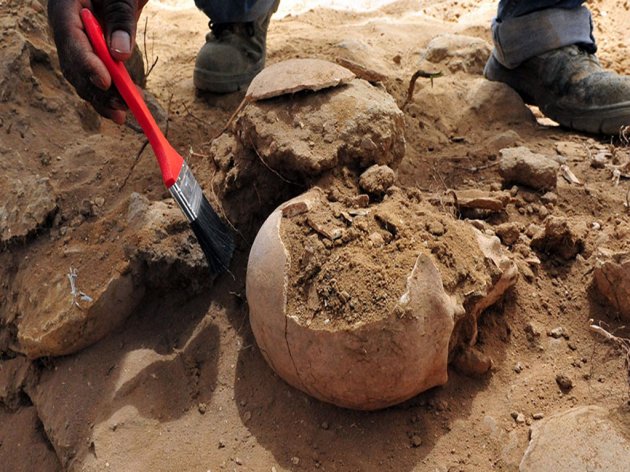 Illustration (Photo: ChameleonsEye/shutterstock.com)
Fragments of another figurine uncovered in the Vitkovacko Polje archaeological site are 7,000 years old! The arms, legs and part of the pedestal of another goddess figurine were detected during last year's archaeological excavations, but detailed analyses have only recently been completed and they confirm a discovery of global importance.

The moist soil has helped preserve the parts, and the explorations planned for late July are expected to uncover the head and the torso as well.

Experts from the Zupa Heritage Museum in Aleksandrovac revealed this exclusively for Novosti. They reminded that the “new goddess” was the sixth prehistoric one discovered at the site: a nearly fully preserved one was also discovered last year, and another four were found over half a century ago.

– It seems to be a female figurine, more stocky and with more delicately shaped arms and legs. As the fragments of these two figurines had been mixed, we assume that they stood next to each other in a prehistoric house and that they fell down together as well. The first one had practically all parts intact, expect for one leg and is dated to 5500 to 4750 BC. So far, we know that it belongs to the Kosovo variety of the Vinca Culture in terms of its artistic features and decoration.

When Vesna Rogic, a conservation archaeologist from Belgrade, and her colleagues from Zupa, mechanically cleaned the figurine and removed the dirt, it was unequivocally determined that it was a new figurine.

The Ministry of Culture will finance further archaeological explorations of the entire location with RSD 1.6 million, and the conservation of the figurines should be completed in November and presented to the public on January 27, when the Heritage Museum marks its 30th anniversary.

– During the upcoming explorations, we will expand the trench and we believe that we will learn more about the first goddess figurine and get valuable information about the entire context of the location, but also about the function of these figures – Sanja Crnobrnja Krasic explains.
Companies:
Ministarstvo kulture i informisanja Republike Srbije
ZAVIČAJNI MUZEJ ŽUPE ALEKSANDROVAC
Opština Aleksandrovac
Tags:
Sanja Crnobrnja Krasić
Vesna Rogić
Vitkovačko polje
Vitkovo
Venčac
goddess figurine
archaeological explorations
prehistoric period
figurines
Kosovo variety of the Vinca culture
Vinca culture
Share: