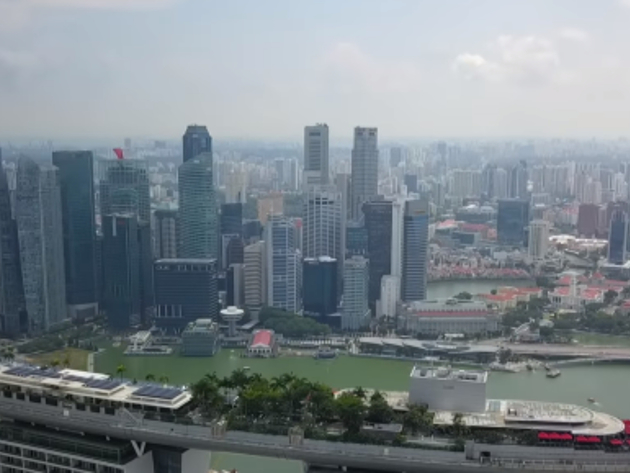 (Photo: YouTube/screenshot)
Singapore’s economy, considered the “shining star” of Asia, plunged into recession in the last quarter as an extended lockdown hit businesses and retail spending.

As the BBC reports, economic growth in the city state shrank by 41.2% compared to the previous quarter, the country's biggest contraction on record, and by 12.6% y-o-y.

Authorities forecast it will be Singapore's worst recession since independence from Malaysia in 1965.

As one of first countries to release growth data for the period in which many economies were in lockdown, the numbers from Singapore provide a glimpse of how the ongoing pandemic could affect economies around the world.

The worse-than-expected figures followed a first quarter year-on-year GDP fall of 2.2% and quarter-on-quarter drop of 10.6%.

The slump in global trade has hit the country's export-reliant manufacturers, while the construction industry activity stalled and retailers have seen sales fall at a record pace.

The deepening downturn also indicates that the pandemic may have impacted Singapore's economy harder than many of its Asian counterparts. In contrast Japan’s GDP is seen shrinking by around 20% in the second quarter from the previous three months, while data this week may show that the Chinese economy has now returned to growth, the BBC writes.
Tags:
Singapore
recession
GDP drop
coronavirus
economic growth
Share: