New Police Center to be Built in Block 39 in New Belgrade – Complex on Over 10 Hectares, with Heliport, Shelter... 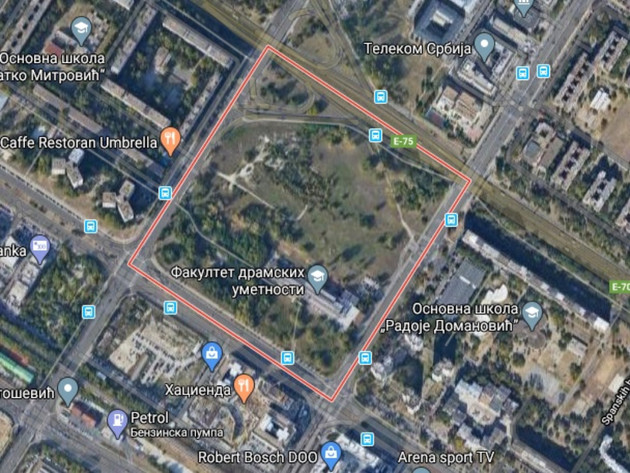 (Photo: Printskrin/Google Maps)
The new building of the Ministry of Internal Affairs is to be built in New Belgrade, in Block 39, whereas the building that is currently there, the Faculty of Dramatic Arts, is to be kept, with a possible reconstruction and extension of the existing facility.

These are the main goals of the study that the Secretariat for Urban Planning and Construction Affairs of the City Administration of Belgrade has put up for an early public review for the purpose of the preparation of the Detailed Regulation Plan (DRP) of Block 39.

As said, the general goal of the preparation of the plan is to define a complex for the construction of an administrative and operating center of the Ministry of Internal Affairs, with side features, and to enable the further development of the Faculty of Dramatic Arts in said location. The project, as emphasized, is carried out as a priority investment based on the government's decision.

– The preparation of the DRP was initiated by the Belgrade Land Development Public Agency, whereby a change of the public purpose of a part of Block 39 is proposed, within the areas for facilities and complexes of public services, from a higher education institution into a special purpose complex, in order to create the planning possibilities for the construction of a building for the Ministry of Internal Affairs – the plan says.

Within the special purpose complex, of around 10.16 hectares, the plan envisages the construction of a center of the Ministry of Foreign Affairs with side features.

As part of the complex, the underground levels, in addition to being reserved for the parking of vehicles, would also feature a shelter for around 300 people, as well as technical and auxiliary rooms. Also, as said, the roof of the facility should feature a heliport/helipad, and potential landings and takeoffs are also envisaged on the ground level, for special purpose flights.

The plan envisages 4,000 garage spaces in underground and aboveground garage facilities, which includes a certain number of spaces for special vehicles.

In the remaining part, the Faculty of Dramatic Arts building is kept and an accompanying building parcel of around 1.49 hectares is formed. The documentation says that the reconstruction and extension of the existing facility is allowed, to the end of modernization of educational activities and improvement of the conditions of the use of the facility.

– The planned realization of the public purpose facilities will complement the physical structure of the block, started in 1974 with the construction of the building of the Faculty of Dramatic Arts, with its quality of construction and architectural features – the plan says.

Within the faculty complex, it is possible to plan other complementary features, such as a multifunctional (universal) hall, side hospitality features, sports and recreation outdoor courts and green areas.

It is pointed out that, through a survey, the Faculty of Dramatic Arts has expressed an initiative for the expansion of capacities, construction and extension of a multifunctional, universal hall, that is, the Center for Application of Technical Innovations in Arts, of around 2,500 m2.

– Said space would be used for the realization of projects for experimenting with new technologies and adequately applying them in making shows and scientific films – it is said.

It is pointed out that, in the planning and realization of the complex and the facilities of public services, the idea is to implement energy efficient solutions and technologies to the full extent, with the possibility of use of renewable energy sources, geo-thermal energy, solar energy...

The preparation of the plan was commissioned by the Belgrade Land Development Public Agency, and the main planner is the Urban Planning Institute of Belgrade.

The early public review will take place at the City Administration of Belgrade in 27. marta Street, until July 27.

Center for Promotion of Science 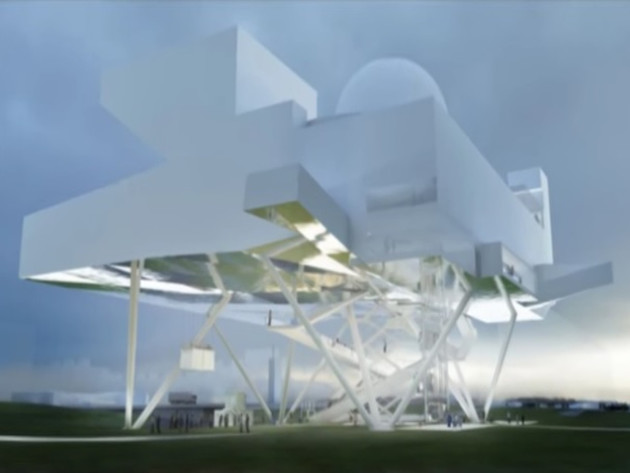 (Photo: Printskrin/Youtube)
Back in 2010, the project of the construction of the Center for Promotion of Science was announced for this part of Block 39. The future campus was to feature facilities for science and technical faculties and institutes and an area for tech startups.

As the media reported at the time, the plan is for the building of the center, of 10,000 m2, to be completed by 2012 and to then have “a campus of science and arts” built in the rest of the Block, in the second phase.

However, although the media announced in 2012 that the preparatory works had started, the project has not been realized to this date.

Log in to view complete information:
Forgot your password? Click here HERE
For free test use, click HERE
Latest
Most read
Korlace mine near Raska for sale 16.04.2021.
Zlatibor destination booking system has starts operating 16.04.2021.
As of April 19, Serbian citizens can travel to Greece 15.04.2021.
Tender announced for expert supervision over the construction of the Morava Corridor 15.04.2021.
Gas Heating, Investment That Pays Off Quickly – Things Needed to Connect to the Network 08.04.2021.
Erich Cossutta, President of Confindustria – Our door is open to everyone who wants to invest in sustainable projects 11.12.2018.
VMC Building New Luxury Apartment Complex on Zlatibor 04.03.2021.
Plato Bezanija and a new complex in Cerak – Comfort and privacy for the family in the right place 22.09.2020.
Weather
Weather forecast