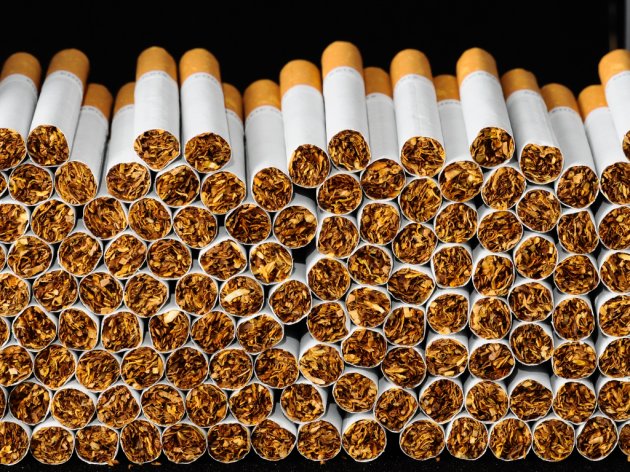 Illustration (Photo: underworld/shutterstock.com)
The harmonization of the excise tax policy of Serbia with those in the European Union (EU), once Serbia joins it, will likely lead to an increase in the price of cigarettes, but not necessarily other products subject to excise tax, such as alcohol, because their price will depend on the situation in the EU market, the European Western Balkans portal reports.

– When Serbia joins the EU, excise taxes on cigarettes in Serbia will increase, as they are lower than the minimum amount proscribed by the Directive in the absolute amount. It is quite likely that, with the accession to the EU, cigarettes in Serbia will become more expensive, as the minimum excise tax on cigarettes in the EU is EUR 90 to 1,000 pieces, that is, 1.8 euros, or 212 dinars, per pack – Jelena Rancic, an adviser at the National Alliance for Local Economic Development (NALED), said for European Western Balkans.

As she said, the excise tax on cigarettes in Serbia is around 157 dinars at the moment, that is, 67 euros per 1,000 cigarettes.

– On the other hand, retail prices of cigarettes in the EU range between 2.5 euros (Bulgaria) to close to 10 euros (Ireland), whereas the EU average is around 5 euros per pack – specified Rancic, who is also the coordinator of the task force of the National Convent on the EU for Chapter 16, which pertains to taxation.

At the same time, she added, having the excise tax on strong alcoholic drinks in Serbia be harmonized with the minimum excise tax in the EU, which is around 182 dinars, “might not necessarily lead to an increase in the prices of the products, or at least not a great extent, as that amount is currently somewhere between the excise taxes currently in effect (around 135 dinars for fruit brandies and around 344 dinars for grain brandies)”.

According to her, home-made alcoholic drinks will also need to be subject to the excise tax system, whereby the EU directive allows for the implementation of lower excise taxes on alcoholic drinks produced by small manufacturers, she said.

– The EU market will determine the extent of the increase, or perhaps the decrease, of the price of a given product, once we're a part of it. It is therefore very difficult at the moment to estimate to what extent the price of a certain product, subject to excise tax, will change – Rancic said.

She reminded that the Law on Excise Taxes had been amended in the part pertaining to strong alcoholic drinks, so that the excise tax is proscribed in proportion to the percentage of the alcohol and not by the category of the drink, and added that it was one of the requirements for the opening of negotiation Chapter 16 in the process of accession of Serbia to the EU, which pertains to taxation.

– After that, by the moment it joins the EU, Serbia will have to implement excise taxes on energy sources such as natural gas, coke and coal. Furthermore, for the purpose of harmonization with the EU Directive, the manner of setting the excise tax on consumer electricity, which is now expressed in terms of a percentage (7.5%) under the current Law on Excise Taxes, will need to change so that it is expressed in absolute terms – Rancic said.

She also pointed out that the EU proscribed minimum excise tax amounts on energy sources, tobacco products and all alcoholic drinks.