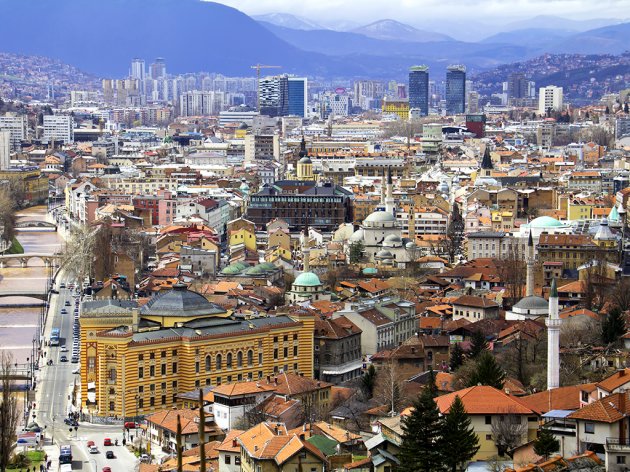 (Photo: M DOGAN/shutterstock.com)
An air pollution study might stop construction in Sarajevo, depending on an analysis of regulation plans and urban planning projects. The ball is now in the court of municipal authorities, but also the City of Sarajevo. The investors have already been informed.

Notifications of potential bans on construction, for a period of six months, have started arriving to the addresses of construction companies which are building in Sarajevo. This is a consequence of the decision of the Government of the Sarajevo Canton to support a study of urban ventilation corridors and the impact of tall buildings, which envisages, among other thing, the testing of the quality of air in the next six months. This could stop all construction works for six months, Okanal reports.

The authors of the study explained that, in order for the investors to be able to continue these projects, they would have to get a positive opinion from the Development Planning Institute on the impact of each construction activity on the quality of air in the city.

If, for example, an investor has obtained an urban planning permit for the construction of a building, started realizing the investment, or even taken out a loan for that purpose, they will now have to wait for the municipality to decide whether the investment has a negative impact on a ventilation corridor and whether it can be realized at all.

The study could effect a ban on construction in the zone of 20 meters from the Miljacka river and on the outline of the main route, which stretches from Stupska Petlja to Marijin Dvor. What could change the look of the City of Sarajevo the most is the limit on the height of facilities to 20 meters in the wider Sarajevo area.
Tags:
air pollution study
ban on construction
urban ventilation corridors
impact of tall buildings
Share: