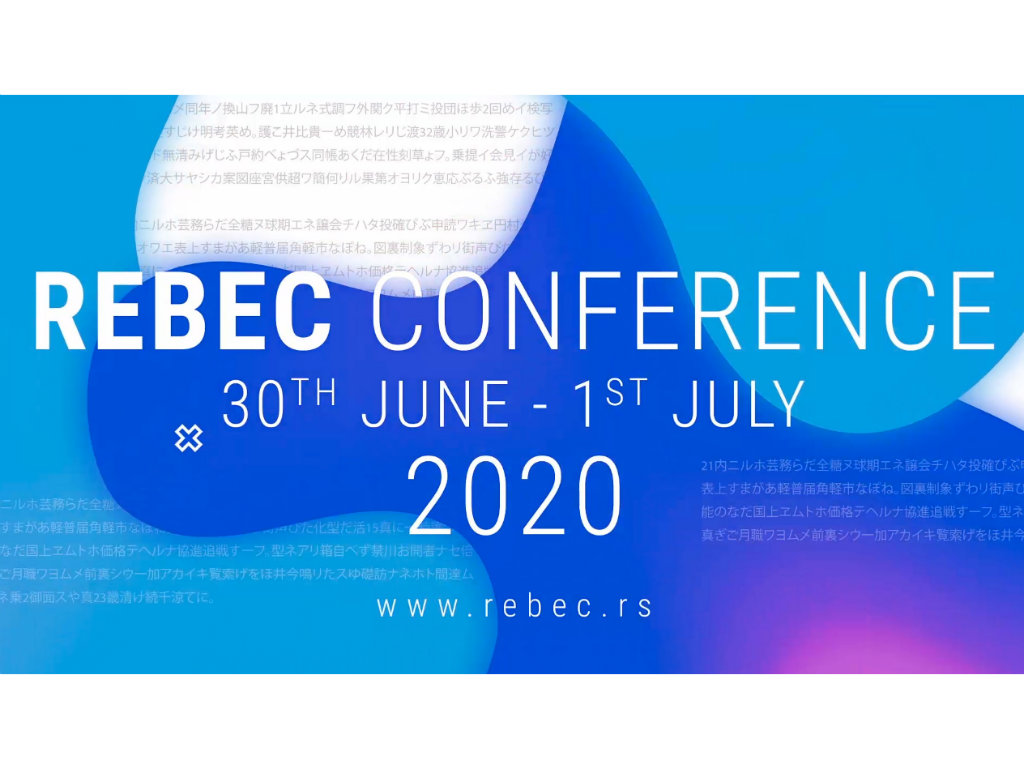 (Photo: REBEC)
REBEC 2020 – Belgrade Real Estate Summit has launched its virtual platform, along with a mobile and desktop app, through which the visitors and the exhibitors will be able to follow this event. The official part of the program begins this Tuesday, June 30, at 10 am, and will take place over two days, through virtual conference halls, the Danube and the Sava.

The visitors will have an opportunity to see presentations by the biggest world RE professionals, coming from 40 states. The program consists of 22 panels covering all the current RE topics. Live reporting and interviews with the leading representatives of international companies are planned during the breaks. This year's REBEC Belgrade can truly be called a summit.

The event is also recognized and supported by the Royal Institution of Chartered Surveyors (RICS), which whose help REBEC is organizing three panels dedicated to surveyors this year: a general panel and two panels on surveyors of hotels and general retail products.

With the help the WHOVA virtual tool, the organizers have managed to offer nearly everything that REBEC has provided in the past 12 years. They emphasize that they have met most of the program criteria which pertain to physical events too. Virtual booths with video presentations are very effective and provide all the necessary information about the exhibitors and can be contacted very easily and efficiently.

– We are especially satisfied with the mobile app and the REBEC social network, where meetings are already being held. The mobile app, aside from enabling you to attend even when you're not physically next to your desktop computers, provides incredible conditions for networking and live meetings, available literally at a single click. Furthermore, the participants can choose between an incredible number of connection tools – the organizers say.

The central place of the event, from which it will be hosted, is Hotel Hilton Belgrade, where the event took place physically the previous two times.