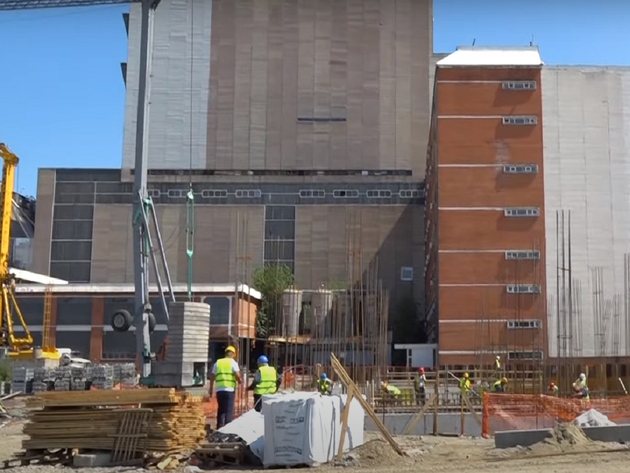 – Not only does this project guarantee cleaner air for Obrenovac, its citizens and its environment but it keeps EPS's biggest power plant TENT A operational. The contract for TENT A desulfurization system was signed back in 2017, the works are now picking up and we expect to open the facility for work in May 2023. The system will reduce the CO2 emissions at units A3, A4, A5 and A6 tenfold, Grcic noted, the EPS website said.

He thanked the Mitsubishi Hitachi Power Systems (MHPS) and Jedinstvo company from Uzice for their involvement, he announced that the desulfurization system would also cover the two oldest units at TENT A.

– If all goes to plan, we will open the third biggest construction site toward the end of the year, perhaps the most significant for citizens of Obrenovac, Lazarevac and the entire Kolubara district. After nearly 40 years we will continue the construction of Kolubara B thermal power plant in Kalenic with the capacity of 350 MW, said Grcic.

The president of the Trade Union of the Workers of EPS, Milan Djordjevic pointed out that the construction of desulfurization system was the result of decade-long fight and the answer to EU's demands.

– We are trying to be an exemplary company both in Serbia and across the Balkans region and Southeast Europe. I hope that through establishing such facilities and keeping the environment clean EPS will find its place in EU some day.