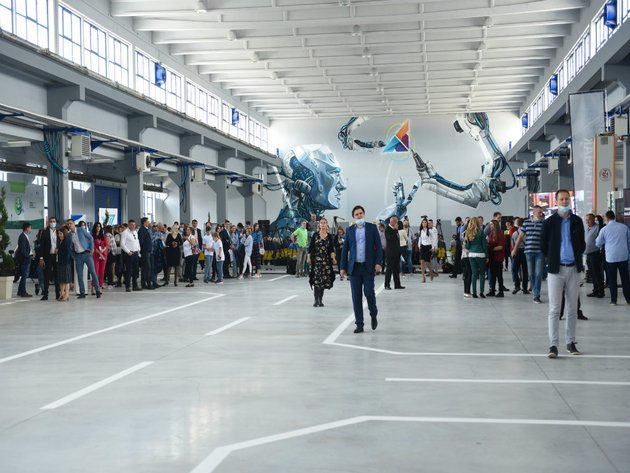 (Photo: Naučno tehnološki park Čačak)
The Science-Technology Park in Cacak has officially opened, and the first companies have already moved in and started operating, the director, Mirko Pesic, told eKapija.

At the premises of the former Cer factory, which the state bought from the company Slovas for RSD 270 million, startups and companies are provided with 1,300 m2 of administrative space and 4,500 m2 of hall-production space.

– The state bought the space for the STP Cacak, and the previous owner was obliged to overhaul the premises. In addition to that, an amount of RSD 60 million was approved for the City of Cacak to procure equipment from the fields of robotics, industrial informatics, telecommunications and development of renewable energy sources – Pesic said.

– The park also offers the service of virtual membership for experienced companies which have no need to use the space, but want to be part of the community – Pesic says.

Our interviewee adds that a new overview will be made in late June, when new companies are expected to join.

– The current capacity allows for a permanent membership of around 30 companies, and we are already thinking about expanding the space – Pesic concludes.

Kragujevac next to get science-technology park

– Kragujevac is the next city that should get a science-technology park, but it's not just a network of STPs, but the backbone of the development of a new Serbia, in which young people would stay, where they would return and where they would come to work from all over the world – Serbian Prime Minister Ana Brnabic said at the opening ceremony.

Brnabic said that the idea had been for science-technology parks to also open in Belgrade, Nis and Novi Sad, but not in Cacak, but that the initial idea had been changed thanks to the Faculty of Technical Sciences in the city.

According to her, the Science-Technology Park in Cacak is different, primarily because it has been raised in the location of the former Cer factory, destroyed in the NATO bombing of 1999, but also because it is based on hardware, that is, production, which gives added value to Serbia.

As she pointed out, the government has reserved another hall, so that the STP could expand if new companies apply.

Brnabic said that what remained was for another building of the Faculty of Technical Sciences to be raised and added that it was important for Cacak and Serbia.