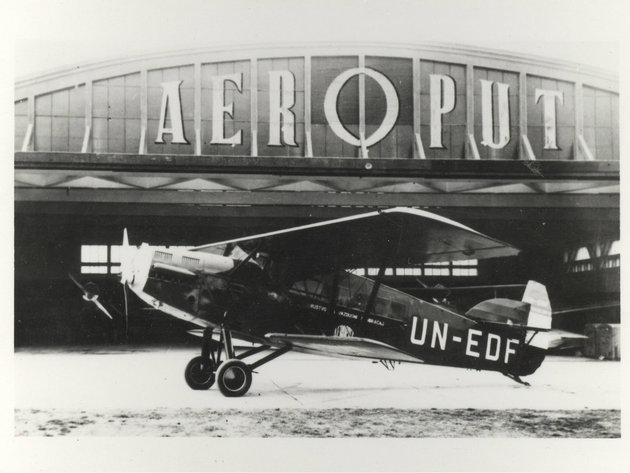 Air Transport Company Aeroput JSC was Yugoslavia’s first joint-stock company in the civilian air transport sector, which later transformed into Jugoslovenski Aerotransport, and then into Air Serbia. The first director of Aeroput, and also the person most responsible for its founding in spite of numerous challenges, was Tadija Sondermajer, elite Serbian army pilot and aeronautical engineer.

The first official flight was conducted on 15 February 1928, from Belgrade to Zagreb, and during the peak of Aeroput company’s development, its airplanes flew into all directions – north to Budapest, Brno and Prague, west to Venice and Milan, south to Tirana and east to Bucharest and Sofia. In its fleet, Aeroput had passenger aircraft that were of the highest category at the time.

– The challenging period during which we are marking this major and special milestone additionally highlights the importance of nurturing tradition. Only on strong foundations of a long and rich history could we have built a strong company that is able to overcome obstacles and proudly take off after an unplanned landing. Inspired by our predecessor Aeroput, which was counted among the most reputable companies in Europe since its founding, we will strive to keep and justify the role of regional leader in the aviation industry even during these uncertain times – Air Serbia CEO Duncan Naysmith stated.

Log in to view complete information:
Forgot your password? Click here HERE
For free test use, click HERE
Latest
Most read
Law on Loan from German KfW Bank for Reconstruction of VMA Building Adopted – Energy Efficiency Worth EUR 50 Million 26.02.2021.
BRNABIC: Serbia Not to Export Lithium as a Raw Material 26.02.2021.
New Measures from the Crisis Response Team – Shopping Centers, Cafes and Restaurants Open Until 2 PM This Weekend 26.02.2021.
Tender for Contractor for Building of Nis-Dimitrovgrad Gas Interconnection Next Week 26.02.2021.
Demolition of Pinki Hall in Zemun and Construction of Multifunctional Sports and Recreation Center Planned 24.02.2021.
VUCIC: We can produce 20 million doses of the vaccine, agreements on over 10 million signed 16.02.2021.
Third BG Subway Line from New Belgrade to Banjica to Have 21 Stations – Detailed Route Presented 25.02.2021.
Nidec Decides – Japanese Giant Coming to Novi Sad 21.02.2021.
Weather
Weather forecast