Bridge on the Sava Near Ostruznica Completed 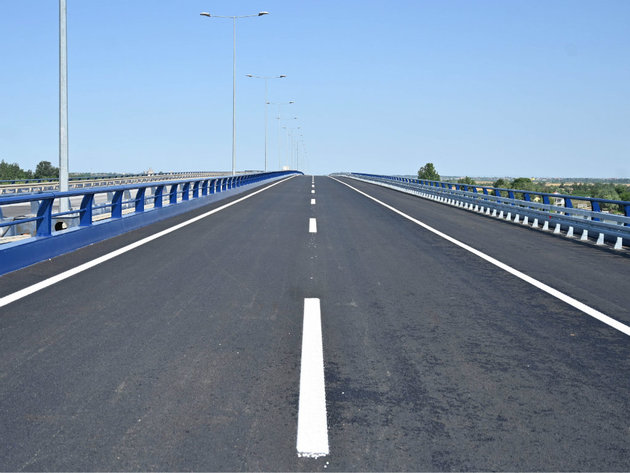 (Photo: Ministarstvo građevinarstva)
The new bridge on the Sava river near Ostruznica, on the bypass route around Belgrade, has opened to traffic.

The bypass route is important for the economy and the citizens of Belgrade alike, as it will unload the traffic, increase the traffic flow and efficiency and help reduce air pollution in the city. The completion of this bridge marks the finalization of the investment of EUR 100 million in the bypass route made by the European Investment Bank (EIB).

This is a special kind of construction, as the bridge was built in a manner which involved the installation of the structure from boats. Another part of the bridge, built in 1999, which was bombed, is expected to be repaired.
Companies:
Ministarstvo građevinarstva, saobraćaja i infrastrukture Republike Srbije
Evropska investiciona banka EIB
EIB
JP Putevi Srbije Beograd
Tags:
Zorana Mihajlović
Dubravka Negre
Zoran Drobnjak
Dragan Jocić
Ostružnica
bridge on the Sava
bridge over the Sava
bypass route around Belgrade
Ostružnica bridge
steel
pan European corridor
Share: