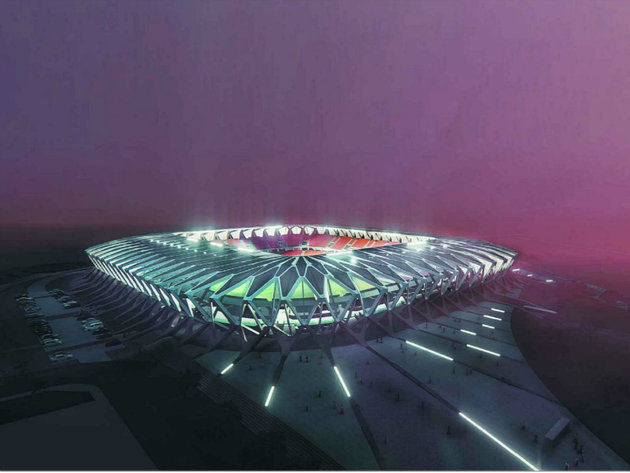 Future look of a stadium in Kragujevac (Photo: Grad Kragujevac)
Serbian Minister of Youth and Sports Vanja Udovicic has announced that a new stadium with 19,690 seats will be built in the location of the Cika Daca Stadium in Kragujevac. The stadium should take up 57,641 m2, and the investment is worth EUR 40 million.

– In the next two months, the designing process will be finished, and I expect that we will be able to announce the construction of the stadium in the second half of the year – Udovicic told the press in Kragujevac.

The mayor of Kragujevac, Radomir Nikolic, said that the stands of the current stadium would be demolished and that a whole new one was to be built, “slightly rotated” compared to the current one, due to the UEFA standards. 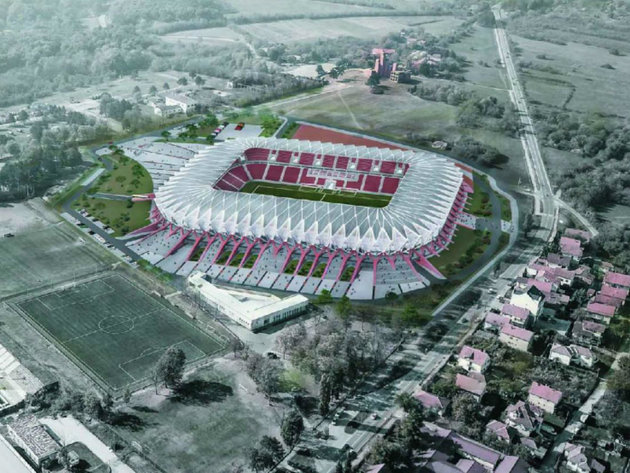 Future look of the stadium in Kragujevac (Photo: Grad Kragujevac)

Nikolic said that the project of a new football stadium automatically entailed another one, which pertains to the construction of a special track and field stadium with eight racing tracks.

According to him, at the moment, the “Tenkodrom” location in Kragujevac is being considered for this purpose.

Let us remind that the construction of new stadiums in Zajecar, Loznica, Leskovac, Vranje, Kraljevo, Subotica and Novi Sad is planned. For more details about the investments in stadiums and sports halls in Serbia, take a look at the INFO-MAP.