Tesla Tower Also to be Built on Zlatibor 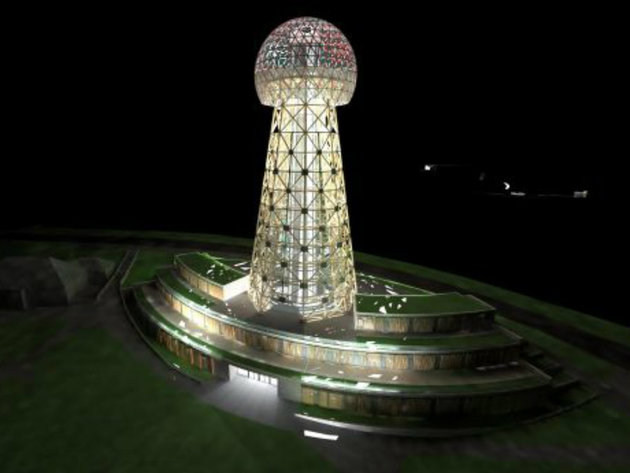 Tesla Tower on Zlatibor (Photo: Opština Čajetina)
The construction of the Tesla Tower and a settlement on Rtanj has been announced, but, according to the announcements, such a facility will also be built on another Serbian mountain. The Municipality of Cajetina and the Teslianum foundation will realize the project of the construction of the International Science and Education Center “Tesla Tower Zlatibor”, intended for young people from Serbia and the region, the municipality announced.

As the municipal administration confirmed for eKapija, more details about the beginning of the construction and the entire project will be known after the signing of the Memorandum of Understanding, which the municipality and Teslianum will verify on Saturday, June 13, on Zlatibor.

– The project of the construction of the Tesla Tower and the accompanying features will make the tourist offer of Western Serbia more complete, considering that, in the nearby Uzice, in 1900, only five years after the raising of the first power plant on the Niagara Falls in America, the first hydro power plant in Europe and the second in the world was raised in the Djetinja river, featuring Tesla's alternating current system – the municipality says.

Let us remind that, as eKapija has already reported, the Tesla Tower might be built on Rtanj as well. As Milka Kresoja, the founder of the International Center for Research of Nikola Tesla's Legacy, told our portal, the project of the construction of the Tesla Tower with the Tesla Settlement on Rtanj has been adopted and included in the Detailed Regulation Plan and has passed through the procedure of the urban plan with a preliminary project.