Here's what the reconstructed Sava Square in Belgrade will look like 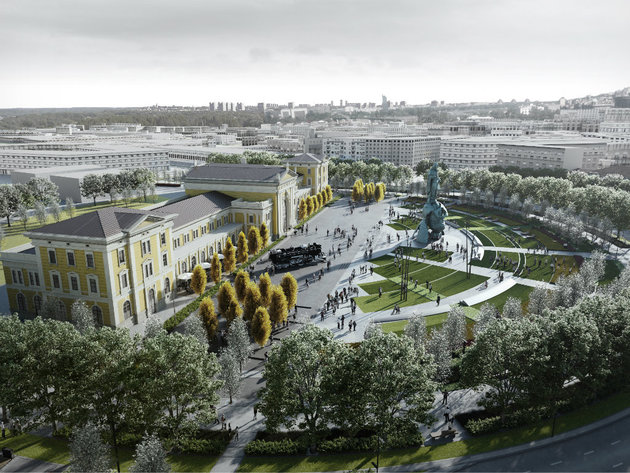 (Photo: Fenwick Iribaren Architects)
The preparations for the raising of the 23-m monument to Stefan Nemanja are ongoing at the Sava Square. The monument will be the dominant structure in the central part of the square. It is now known what the new public space within the Belgrade Waterfront will look like after the reconstruction.

With the moving of the traffic routes to the outskirts of the Sava Square, the pedestrians are provided with around 20,000 m2 of space on the square itself, on the podium and on the space around the former Main Railroad Station building. The planting of around 300 trees is in progress, which will make this square one of the greener areas in the city, along with the Sava Park and the tree lanes along the streets at the Belgrade Waterfront, the press release says.

The reconstruction of the Sava Square, along with the careful preservation of authentic historical layers, is being carried out within the biggest construction project in the region, the Belgrade Waterfront, based on the project prepared by the Spanish architectural studio Fenwick Iribaren Architects, which won at the international contest.
Companies:
Beograd na vodi d.o.o. Beograd
Tags:
Fenwick Iribaren Architects
Belgrade Waterfront
Sava Square
Monument to Stefan Nemanja
Sava Park
reconstruction of the Sava Square
Share: