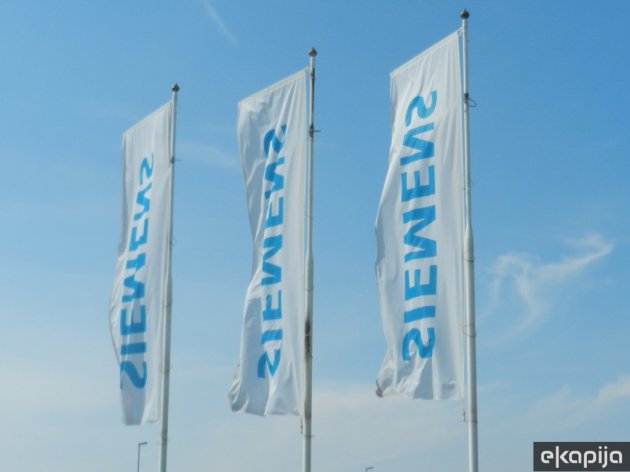 (Photo: Suzana Obradović)
The CEO of Siemens for Serbia, Udo Eichlinger, announced today that the trams produced at the facility in Kragujevac would be delivered by the German company to a city in Germany by the end of the autumn and that it would create several thousand jobs.

Eichlinger explains that, in the past 24 months, they have been changing the factory they took over earlier.

– This was a factory that produced aluminum. We now produce rail vehicles there. We have finished all the facilities, formed three halls, so that there would be enough space. We have doubled the number of employees in Kragujevac. We have trained engineers, technicians and other staff – Eichlinger said on RTS.

He says that it is a very complex process, which takes a lot of resources and effort.

– I am proud of what we've achieved. We are beginning to produce trams and I am happy to be able to say that we will deliver them to a German city at the end of the autumn – Eichlinger points out.

He emphasizes that all Siemens' factories and engineering centers in Serbia are always looking for talented people for all job positions.

– All the job contests are available online. We are always looking for the best and the most talented people in Serbia and we are managing to find them, which says a lot about this country. We are extremely proud of our engineering center, where there are 60 engineers who run projects in the global market directly from Kragujevac – Eichlinger says.

He points out that the aim is for the number of engineers to double in the next year and a half.

– We are building facilities for it. We are doing something for the society, so that people would not leave the country, but get employed here – Eichlinger says.

He says that they see very positive signs in Serbia and that the government is dedicated to the economic growth and attracting direct foreign investments.

– I can say that there is a long list of people who are interested in investing in Serbia. The key to success is for the government to establish a program and keep its promises. At the moment, I see that this is a good time to invest in Serbia – Eichlinger says.
Companies:
Siemens Mobility d.o.o. Cerovac
Tags:
Siemens
Udo Eichlinger
trams
Siemens trams
rail vehicles
production of trams
Share: