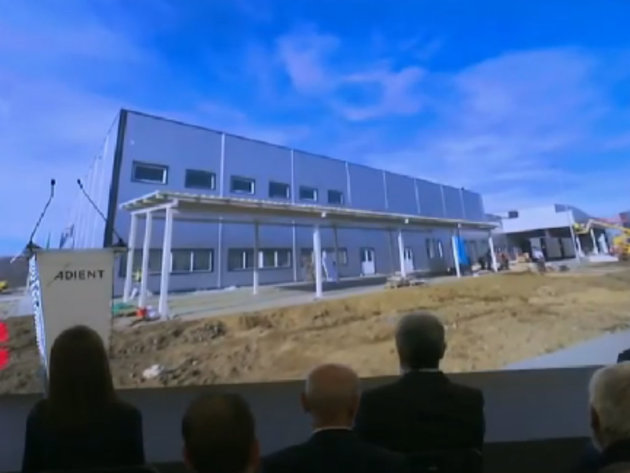 (Photo: YouTube/screenshot)
A factory of the American company Adient has opened in Loznica, and Serbian President Aleksandar Vucic announced that 1,500 people would be employed there. The value of the initial investment in the 13,000-m2 facility is more than USD 20 million.

While visiting the factory, Vucic said that 838 people have already been employed and that, at the moment, 70% of the employees are women.

The facility in Loznica will first produce car seat covers, and the factory should expand the production program to include seats for the most famous car brands at a later stage.

The works on the construction of the factory in Loznica began in May 2019.

Adient operates in 34 countries of the world and employs around 85,000 workers at over 238 facilities. It produces 25 million seats for famous car brands each year.

Back in 2018, Adient opened a facility for the production of car seat covers in Banja Koviljaca, employing over 400 people.

The American producer of car seats and car seat covers then decided to build a new facility in Loznica, and Serbia had been one of the eight potential locations. The factory in Loznica will be their tenth facility for the production of car seat covers and decorative elements in the region encompassing Europe, the Middle East and Africa.
Companies:
Adient Automotive d.o.o. Loznica
Grad Loznica
Predsedništvo Republike Srbije
Tags:
Adient
Municipality of Loznica
Presidency of Serbia
Aleksandar Vučić
car seat covers
Industrial Zone Šepak
Share: