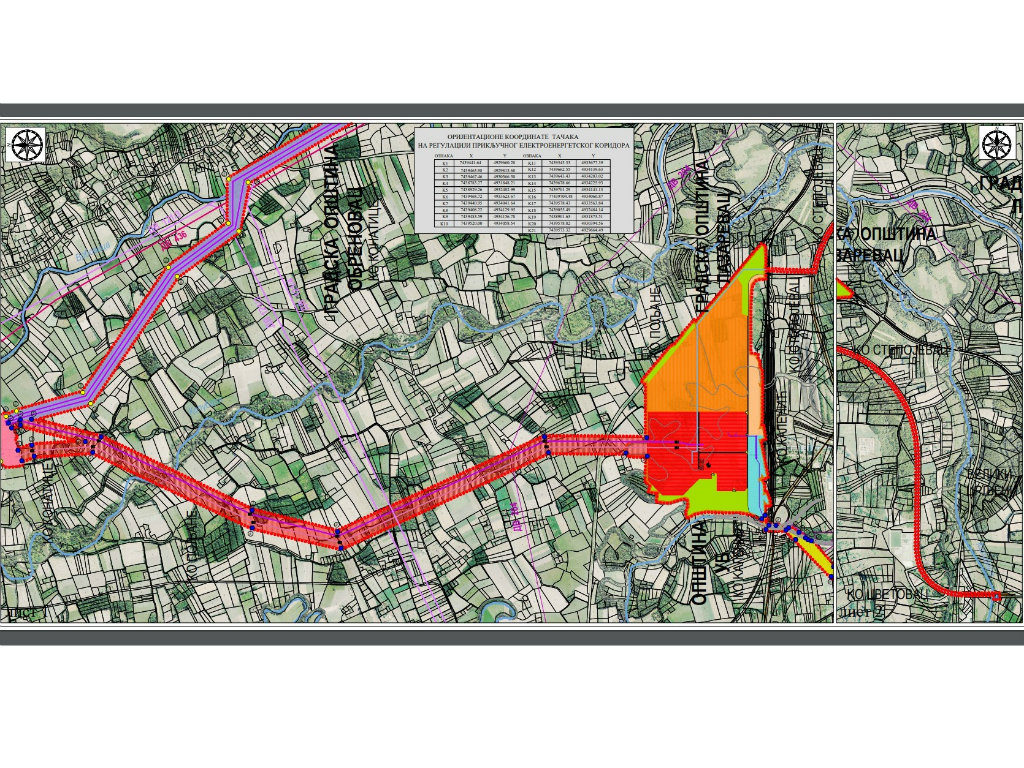 (Photo: Institut za arhitekturu i urbanizam Srbije/Prostorni plan, screenshot)
The Ministry of Construction, Transport and Infrastructure has put the draft spatial plan of the special purpose area for the construction of the Thermal Power Plant Kolubara B and the environmental impact assessment up for public review.

According to the documentation, the adoption of the Spatial Plan provides the planning basis for the construction of the TPP Kolubara B complex, the distribution facilities and the connection power lines, the waste disposal site and the pipeline for the technical water and the accompanying infrastructure.

According to the documentation, the TPP Kolubara B will be a replacement capacity for the old blocks, which will be put out of commission (TPP Kolubara A and others).

– This does not mean that the total production of electricity from coal is to increase. The TPP Kolubara B is subject to very strict environmental protection measures, in line with the domestic and international standards. The preparation of the Spatial Plan was realized simultaneously with the preparation of the study and technical documentation at the level of a preliminary design, which will enable the defining of planning solutions with a greater degree of security – the plan specifies.

It is said that, in the area covered by the plan, coal reserves have mostly been exhausted, except for the Radljevo cut and partially the Tamnava-zapadno polje cut.

In addition to lignite, the following minerals are highlighted as economically interesting:

The plan, which was prepared by the Institute for Architecture and Urban Planning of Serbia, will be up for public review until July 3, 2020.

According to the announcements, the plan is for the Kolubara B block to be connected to the network by the end of 2024.

Kolubara B, whose construction began back at the 1980s, will be built by the Chinese company POWERCHINA, and the preliminary agreement between that company and Elektroprivreda Srbije (EPS) was signed in early March.

EPS said at the time that at least 45% of the equipment and the works will be provided by Serbian companies.