ANTIC: Investments of EUR 900 Million in Ecology in Thermal Sector in Upcoming Years 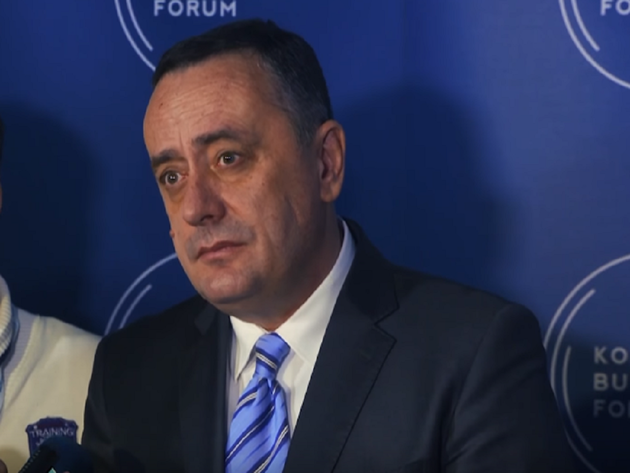 Aleksandar Antic (Photo: Youtube/ screenshoot)
In the upcoming years, we are planning investments of EUR 900 million in the ecology in the thermal sector, said Serbian Mining and Energy Minister Aleksandar Antic and added that the issue of particle pollution had been solved and that the issue of the desulfuring of smoke gases was being solved, noting that those were the key challenges in that sector.

At the conference “Green Economy of the Region”, organized by Adria Media Group, he said that, in the past period, there had been plenty of efforts to make the production of electrical energy from coal more environmentally responsible, with nearly EUR 400 million invested in various ecological projects in the thermal sector, and added that the segment had been considerably improved.

Antic says that Serbia has a high degree of production of total energy, which makes it far less energy-dependent, but that the fact that that two thirds of the electrical energy is produced from coal imposes several priorities, among which it is especially important to make the production more environmentally responsible and enable a greater share of renewable energy sources.

He noted that the second priority was to have as many new RES projects and added that around 550 MW of new installed capacities from RES had been introduced to the network in the preceding years.

The minister also said that, in 2018 and 2019, Serbia was the absolute leader in the region when it comes to new projects, pertaining primarily to wind farms.

– We plan to continue this in the upcoming period – Antic says and adds that a regulatory framework is being prepared, as well as the bases for new projects in this field.

– These are the priorities. All this depends to a large extent on regional cooperation and the dialogue with the EU, where various scenarios in different states need to be considered, along with different economic aspects, different degrees of development, the need to adapt this process to the Western Balkans – Antic said.