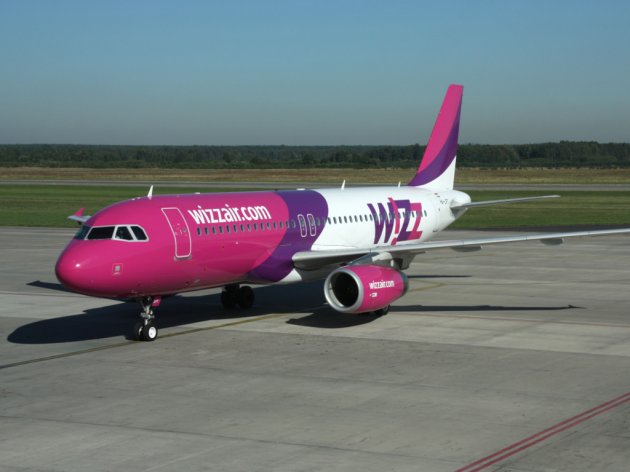 (Photo: Tupungato/shutterstock.com)
The Hungarian low-cost airline carrier Wizz Air has announced a new operating base at the airport in Tirana, with three aircraft and 15 new lines, from July.

Wizz Air announces a big new expansion in the Balkans. The Hungarian low-cost airline carrier will station three Airbus A320 aircraft at the Mother Theresa Airport in Tirana (TIA) on July 1, from where it will fly to 15 new destinations.

After the company's new bases in Milan and Larnaca were announced, as well as six new lines from Salzburg, Wizz Air also announced that it would establish its 30th base in Europe in Tirana.

The Hungarian low-cost airline carrier established flights to Tirana in 2017, when a Budapest line was established. So far, over half a million passengers have been transported from the capital of Albania. The operating base in Tirana will create 100 new direct jobs. From the 15 new lines, Wizz Air will expand the network of lines from Albania this year to 25 cities of Europe, and the annual capacity available to passengers will be 800,000 seats.

New Base in Milan

In addition to the new base in Tirana, Wizz Air will also open bases at the airports in Milan (Malpensa), Lviv and Larnaca this July. In Milan, Wizz Air will have five Airbus A321 aircraft, and the new lines announced from July are Athens, Eindhoven, Fuerteventura, Gran Canaria, Krakow, Lisbon, London, Marrakesh, Porto, Pristina, Reykjavik, Tallinn, Tel Aviv, Tenerife (South), Thessaloniki, Tirana (the line will be operated by aircraft from the new base in Tirana), Valencia and many seasonal lines to Corfu, Menorca, Rhodes, Santorini and Zakynthos.

New Base in Larnaca

At the airport in Larnaca (LCA) in Cyprus, Wizz Air will have two Airbus A320 planes from July, with 11 new lines to Athens, Thessaloniki, Billund, Copenhagen, Dortmund, Memmingen, Karlsruhe, Salzburg, Suceava (Romania), Turku (Finland) and Wroclaw, with a total of a million seats available this year.

New Base in Lviv