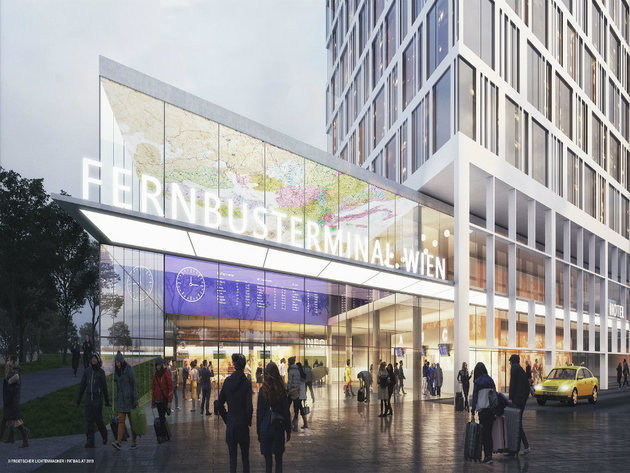 (Photo: Eurocomm-PR/ Kancelarija Grada Beča u Beogradu/ Froetscher Lichtenwagner/ Patbag.at 2019)
The dense network of bus lines in the capital of Austria, which connect the entire Europe, has led to the decision to build a new bus stations for international lines, following the construction of the new rail station. The feasibility study was prepared recently and the location is in the second Vienna district, close to the A23 highway, and will be directly connected with the public transport system(U2 subway line). Equipped with state-of-the-art technology, clear and environment-friendly, the new bus terminal will do the city of Vienna justice.

The study recommends for the bus platforms to be equipped with light roofs with photovoltaic panels and for a hotel and office space to be built above the terminal itself. Bus traffic could thereby be organized optimally without any great consequences to the surrounding area, making use of the location's potential in the best way possible, economically and in terms of urban planning. 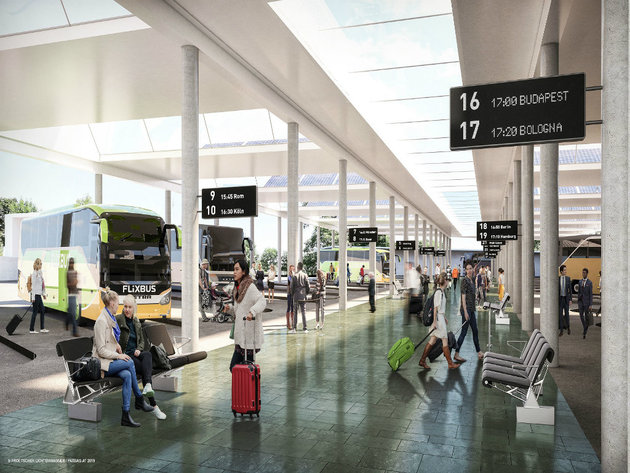 (Photo: Eurocomm-PR/ Kancelarija Grada Beča u Beogradu/ Froetscher Lichtenwagner/ Patbag.at 2019)
The terminal will be well integrated into the surroundings and enrich it with its architectural features, well designed public space, greenery, a good connection with the Danube coast and the Stadion Center shopping mall. Two levels are planned: the ground floor for passengers and the lower floor with 30 to 34 platforms for buses, waiting rooms, cafeterias, stores and sanitary facilities.