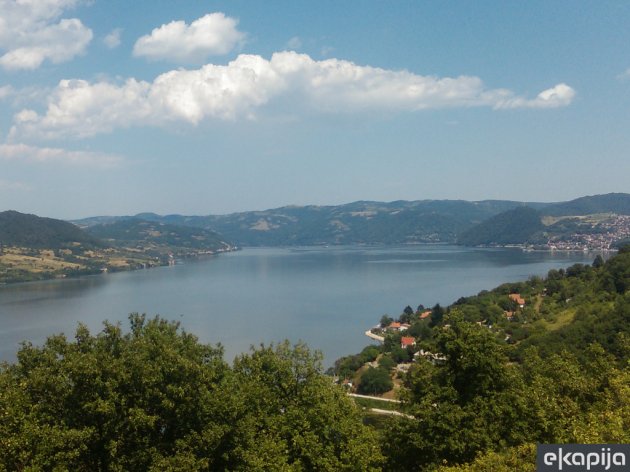 (Photo: Katarina Stevanović)
Serbian Minister of Construction, Transport and Infrastructure Zorana Mihajlovic has signed an agreement worth EUR 1.5 million which marks the beginning of the project of dredging up sunk German war ships from WW2 from the Danube near Prahovo.

At the international tender, the job of the preparation of the project of locating and examining lethal devices on sunk German ships was given to a consortium of Serbian/German/Austrian companies led by Millennium Team and Mull und Partner.

– With this agreement, we will begin a project that we have been waiting for for 75 years, which will make the Danube navigable on its entire flow through Serbia. We first need to determine which explosives and lethal devices and how many are still there at the 23 sunk ships, which is a requirement for us to start dredging them up next year, for which we will set aside EUR 23 million – Mihajlovic said and added that, due to the unsafe and otherwise difficult navigation on this part of the Danube, the country lost EUR 5 million annually.

She pointed out that the project would help the Danube be navigable the year round, which is important for the economy.

Dubravka Negre, the Regional Director of the European Investment Bank for the Western Balkans, whose loan will finance the first phase, pointed out that the project had not just a wider historical importance, but that it was also important for Serbia's further economic development.

– The Ministry of Construction, Transport and Infrastructure has recognized the importance of investments in water transport, as a cleaner and safer form of transport, and Serbia is the only country outside the EU where the EIB invests in water transport. The Danube is located on the pan-European Corridor and the realization of this project will contribute to a quicker and more efficient transport of goods to the EU countries, which is important for Serbia's economy – she said.

The Resident Representative of the UNDP in Serbia, Francine Pickup, stated that it was a problem that had lasted for decades.

– It will improve the safety of navigation, environmental protection and economic progress in the sense of commercial and tourist transport – Pickup said.