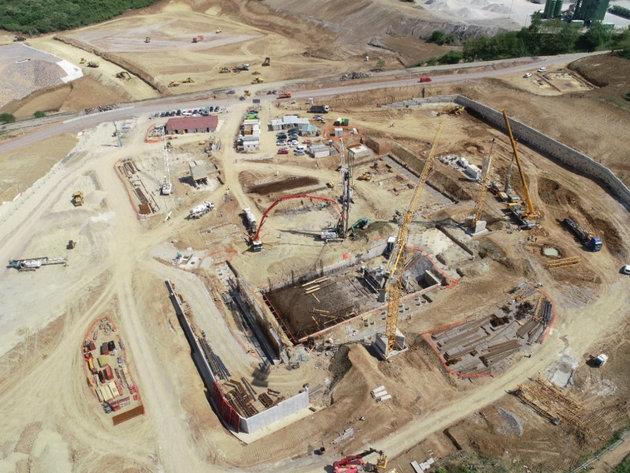 (Photo: Beo čista energija)
Beo Čista Energija starts drawing this month on a EUR 290 million non-recourse credit facility issued by International Finance Corporation (IFC), the European Bank for Reconstruction and Development (EBRD) and the Development Bank of Austria (OeEB) to build and operate a 103 MW energy-from-waste facility and a demolition waste recycling unit, allowing the closure of one of the largest dumpsites still active in Europe.

By achieving financial close under a EUR 290 million non-recourse loan agreement with the International Finance Corporation(IFC), the European Bank for Reconstruction and Development (EBRD) and the Development Bank of Austria (OeEB), the consortium of SUEZ, ITOCHU and MARGUERITE is delivering on its commitment to finance, build and operate new waste management facilities as part of the 25-year Public-Private Partnership concluded in 2017 with the City of Belgrade, Beo Čista Energija says in a press release.

– This landmark EUR 370 million project is one of the largest public-private partnerships (PPPs) in Serbia to date and brings private funding and expertise to a public sector project. A total of EUR 290 million in debt is provided by a pool of lenders – says the EBRD press release.

It is added that the EBRD is contributing a EUR 128.25 million syndicated loan, including a loan of EUR 72.25 million for its own account, a loan of EUR 35 million provided by Erste Group Bank AG under the A/B loan structure, and EUR 21 million in concessional finance from the Green Energy Special Fund.

– The EBRD stands united with other financiers to bring the Vinča project to its successful completion and start of operations as planned. The EBRD is also pleased to support the project implementation by extending technical assistance to the city of Belgrade for the establishment of a PPP monitoring unit and its capacity-building – said Zsuzsanna Hargitai, EBRD Regional Director, Western Balkans and Head of Serbia.

Planned infrastructure includes the construction of a 103 MW energy-from-waste facility, processing up to 43 tons of waste per hour, delivering power to the national grid and heat to Belgrade’s municipal district heating company Beogradske Elektrane, thus reducing its dependency on natural gas. Additional facilities include the construction of a waste recycling unit with a capacity of 200,000 tons per year of demolition waste and an engineered landfill with biogas recovery.

– Beo Čista Energija will benefit from 12-year guaranteed feed-in tariffs for the sale of electricity produced by the energy-from-waste facility and the landfill gas recovery plant – a premiere for a waste project in Serbia – the company emphasizes. 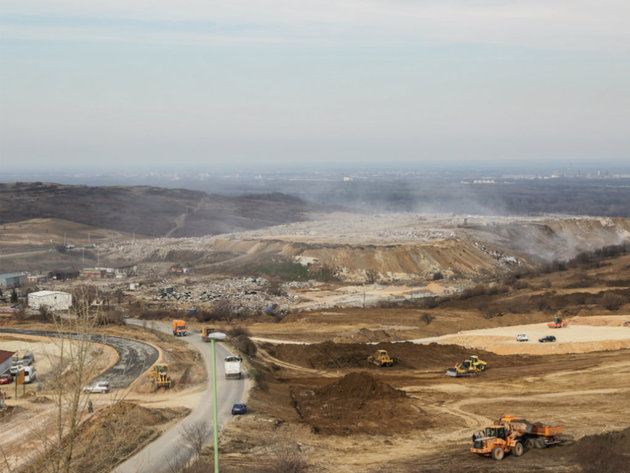 Progress of the works, which started in October 2019, continues despite the Covid-19 pandemic, with full commercial operations planned to start in 2022.

All facilities will be operated by SUEZ under a 25-year operation & maintenance contract.

– Developed by the City of Belgrade with the support of IFC, this innovative PPP is designed as a model for mid-income countries willing to bundle the closure of their dumpsites with the development of efficient waste recovery infrastructure, under a commercially viable scheme tapping into private sector’s finance and expertise – the company points out in its press release.

The new facilities will allow to close and remediate the current Belgrade dumpsite located in the immediate suburbs of Vinča. Opened in 1977 on the banks of the Danube, the 40-hectare dumpsite is one of the 50 largest non-sanitary landfills active in the world and the only one located in Europe. Remediation works are part of the investment plan and will significantly contribute to improving the environmental impact as well as the water quality of the Danube.

– Thanks to our partnership with Beo Čista Energija and its sponsors SUEZ, ITOCHU and MARGUERITE, and with the support of some of the world’s most reputed financial institutions, we will deliver on our promise to close the Vinca dumpsite and develop state-of-the-art waste management solutions for the citizens of Belgrade – Goran Vesic, Deputy Mayor of Belgrade, declared.