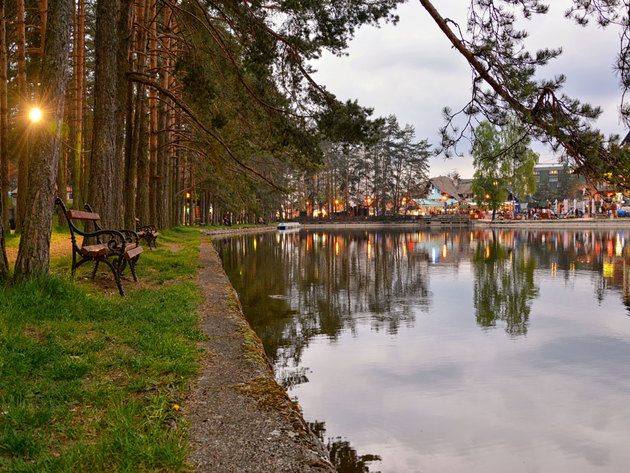 (Photo: Ivan Bukvic/ shutterstock.com)
The Serbian Rally Championship opens with the Zlatibor Rally – Gold Gondola this season, scheduled for June 26-27 and organized by ASK U3 Rally Team from Uzice.

The competition begins on Friday, June 26, when the technical checks and verification of the contestants, as well as the ceremonial start, are to take place, whereas Saturday, June 27, is reserved for six races at two different locations, of the total length of 58.32 km. The points count in the National Rally Championship of Serbia and the International Zone Rally Tournament of Serbia.

The current Serbian rally champion, Aleksandar Ducic, revealed more details about the competition itself and the organization of the rally on behalf of the organizer.

– According to the current calendar of the Serbian Championships, the first rally this season will be held on Zlatibor on June 26-27. The organizer is the Uzice-based club I'm a member of, ASK U3 Rally Team, with general sponsorship of the Municipality of Cajetina, the Tourism Organization of Zlatibor and the PE Gold Gondola – Ducic pointed out.

The rally is planned as a single-day event, with a compact itinerary of a total of 98.31 km, and the races on this mountain are considered extremely attractive and demanding and are known to draw in a large number of visitors, as announced by the Sports Auto and Carting Association of Serbia.

– The verification of the crews and the technical examination of the cars is scheduled for Friday in front of Hotel Palisad at 2 pm, whereas the ceremonial start is scheduled for 8.31 pm. There are six races on Saturday, and there will be three rounds. The firs one starts at 11.19 am, and the last at 3.04 pm. I can say that local and foreign crews, especially from Bulgaria, are already very interested in the rally, and application is ongoing. I'd like to use the opportunity to invite everyone to come to Zlatibor and follow the competition, while enjoying the nature. As for my team, there have not been any significant changes since the last season. It's the same team and the same car – Ducic said.

The first race is Susica 1 (7.08 km), starting at 11.19 am, followed by Gondola 1 (12.36 km) at 11.34 am, followed by the first servicing. The second round is identical, Susica 2 begins at 1.04 pm, whereas the Gondola 2 race starts at 1.19 pm. The final two begin at 2.49 pm and 3.04 pm, whereas the first crew is expected at the finish line in front of the hotel at 4 pm sharp.
Companies:
Automobilsko sportsko udruženje U3 RALLY TEAM
Tags:
Zlatibor Rally Gold Gondola 2020
Serbian Rally Championship
Aleksandar Dučić
National Rally Championship of Serbia
International Zone Rally Tournament of Serbia
Share: