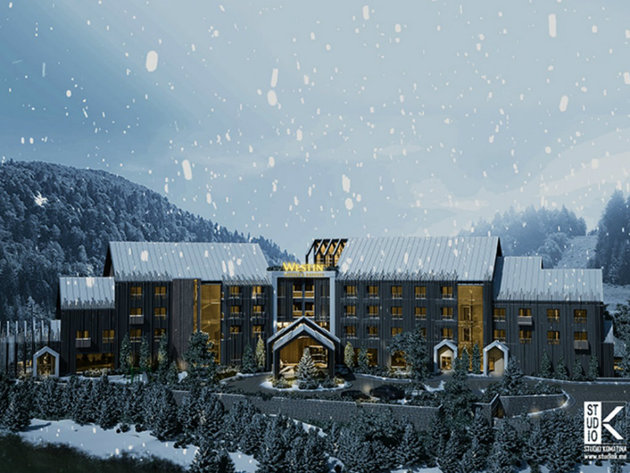 The company's new project will be positioned within some of the most picturesque landscapes in the north of Montenegro, in the attractive location of the famous Ski Center Kolasin 1450.

– The ski resort will be managed by York Hotels & Resorts, under the international luxury hotel brand Westin, and the facility will be called Westin Kolasin Resort, which is a franchise agreement with the American company Marriott International USA – the company says in a press release.

The luxury rooms and apartments of Westin Kolasin Resort will be able to accommodate 800 guests. Designed as a three-part complex, it will feature restaurants with Mediterranean and international cuisine, bars, a gym, a playroom and a conference hall.

Kolasin Resort & Spa, which is developing the project, has hired the main contractor, the Podgorica-based company BuildMont, to finish the facility by the end of 2022.

The company Kolasin Resort & Spa is included on the list of project qualified within the Program of Economic Citizenship for attracting foreign direct investments, strengthening the economy and creating new jobs.

– The aim of the program is to draw investors from all corners of the world to invest in the project that will contribute to the development of the tourist offer in Montenegro, one of the fastest growing economies in the world – the press release says.