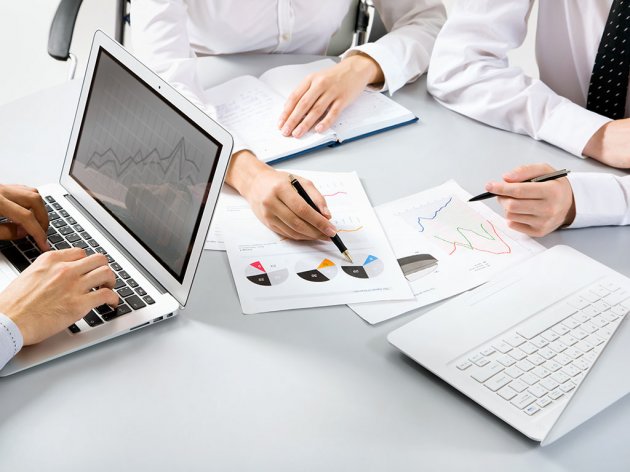 Illustration (Photo: Konstantin Chagin/shutterstock.com)
The coronavirus epidemic was an unprecedented global shock, according to the Chamber of Commerce of Serbia (CCIS). As such, it had an impact on all industries. Certain fields have been nearly completely devastated, such as tourism, hospitality and passenger transport, because their operations were rendered practically impossible due to the measures to stop the spreading of the infection.

On the other hand, a substantial part of the manufacturing industry suffered due to the lack of production inputs as a consequence of disturbances in the global supply chain and reduced international demand.

However, certain activities within the manufacturing industry saw a rise in demand, mostly those which produce vital supplies, home cleaning products and medical and protective equipment.

– According to the Statistical Office of the Republic of Serbia, industrial production in the first quarter of 2020 saw a positive growth of 4.4% y-o-y, although a half of the third month was under the state of emergency. On the other hand, during the state of emergency, a significant part of the manufacturing industry and the industrial potential of Serbia remained functional thanks to the organized transport of workers during the curfew and the relatively stable supply chain in production companies and the cross-border transport of goods, to which the CCIS, as the general representative of the business community in the country, gave a substantial contribution – the assistant director of the Sector for Strategic Analyses, Services and Internationalization of the CCIS, Bojan Stanic, says for eKapija.

After nearly 50 days of the state of emergency, the economy of Serbia is in the process of reopening. The CCIS emphasizes the importance of the program of economic support adopted by the Government, in the sense of fiscal benefits, direct monetary contributions to the private sector and access to favorable credits within the Development Fund of the Republic of Serbia and the guarantee scheme agreed with commercial banks.

– According to the official data, it is apparent that the economy of Serbia handled the initial impact of the crisis well, that is, that the employment was maintained, which was the primary goal of the Government's measures. According to the Survey of Business Activities of Companies in the Republic of Serbia, carried out by the CCIS on a representative sample of around 900 companies, most companies are not planning to reduce the number of employees in the second quarter – the interviewee says.

Still, he adds, considering that the economy of Serbia is open and integrated in the global supply chain, the economic situation in the upcoming period will depend on the quickness of the opening of the European economy, which is also the key foreign trade partner, as well as the potential second wave of the epidemic toward the end of the year.

– The banking sector in Serbia is very liquid, and most macroeconomic indicators are good (the interest rates are low, the exchange rate is stable, there's an expansive GDP growth in the first quarter of 5%). I emphasize that Standard and Poor's has confirmed Serbia's credit rating at BB+ with a stable outlook for further improvement, whereby Serbia would become the first country in the region to join the company of countries with an investment level of the credit rating. Within the rating, it is said that Serbia has maintained the macroeconomic stability and that the economy, in the structural sense, is better prepared compared to the 2008 financial crisis – Stanic emphasizes.

It is also said that this year's projection of the growth of economic activities in Serbia by international finance institutions is around -3%, with a considerable jump projected for 2021.

– It is encouraging that the Government's estimate is that this year's growth rate in Serbia will be more favorable, that is, that, through a part of infrastructure projects within the Serbia 2025 initiative, that, is, the new investment cycle, the domestic construction sector and a good part of the manufacturing industry will be stimulated – Bojan Stanic concludes.