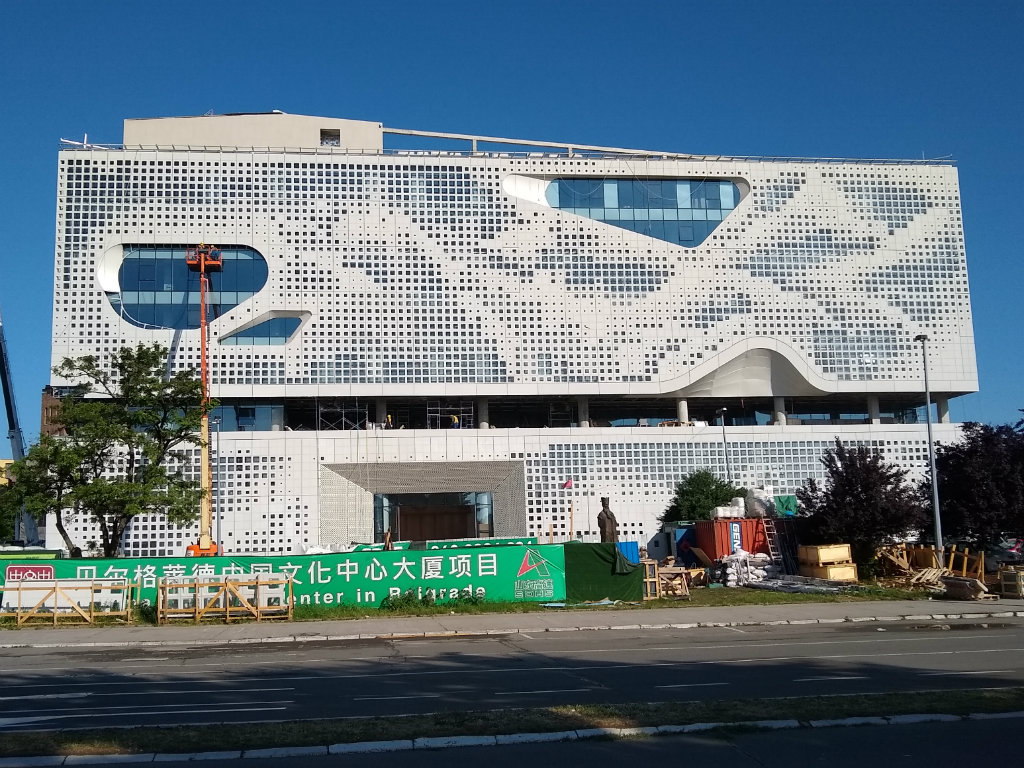 (Photo: eKapija / Mirko)
The building of the Chinese Cultural Center in New Belgrade, in the location of the former Chinese embassy, destroyed during the 1999 bombing, will soon be finished. The works began in July 2017, when they were estimated at EUR 45 million.

The building has a surface of 32,000 m2, with two underground levels and eight floors. The ground floor will feature a hall and studying rooms where Chinese culture will be promoted. The floor above will feature an exhibition hall, an open ceremonial hall and a green plaza. Other floors will feature various suitable complexes and office space.

The building also contains business space, 19 apartments, 35 rooms for the employees and guests and 241 parking spaces.