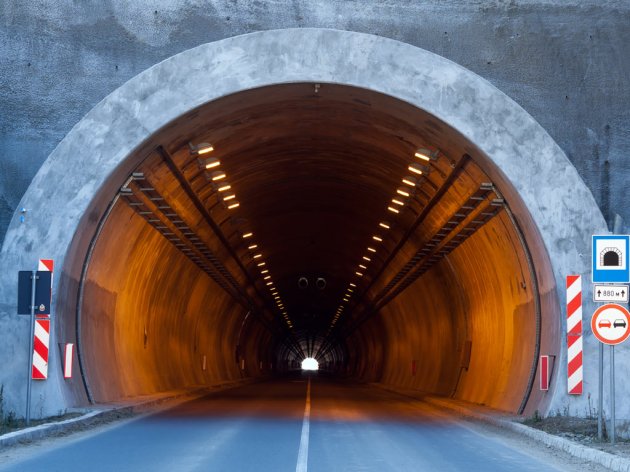 (Photo: Nikifor Todorov/shutterstock.com)
On May 19, at the premises of Autoceste FbiH in Sarajevo, the bids for the construction of a highway on Corridor 5C, section Mostar south – Buna, subsection Kvanj Tunnel – Buna, were officially opened.

The bids for the construction of the Kvanj Tunnel – Buna subsection were made by the following companies:

The Kvanj Tunnel-Buna subsection is 5.2 kilometers long. The most important structures include the double-tube tunnel Kvanj (right tube 2,645 m and left one 2,720 m), the Rotimski Potok viaduct of 320 m and an overpass, and the rest of the route links to the Buna-Pocitelj subsection, which is in the final phase of the construction.

Also, within this project, the Buna-Domanovici regional road will be reconstructed, with the total length of 14.5 km.

The Kvanj Tunnel-Buna subsection will be financed from the loan of the European Investment Bank (EIB) of EUR 100 million, and an application for EU grants through the Agenda for Connection through the Western Balkans Investment Framework (WBIF) has been made as well – Autoceste FbiH announced.

The construction of the Mostar south-Buna section, which is split into two subsections, Mostar south-Kvanj Tunnel and Kvanj Tunnel-Buna, will connect Mostar with the European network of highways, making for a functional, uninterrupted highway from the Croatian border in the north all the way to the entrance to Mostar, which is invaluable for citizens, companies and enterprises, Autoceste BiH emphasized.