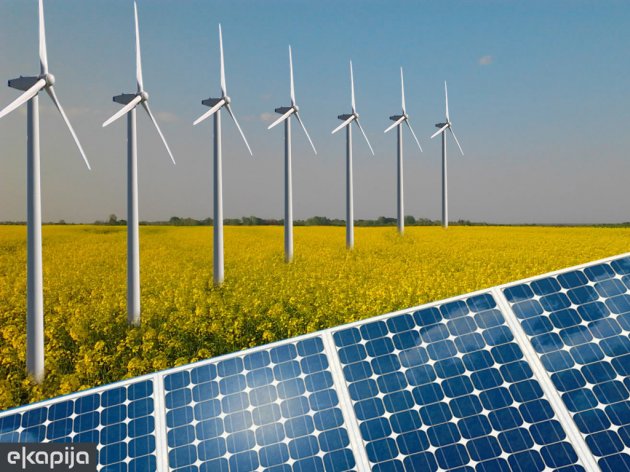 Illustration (Photo: Suzana Obradović)
The Government of Croatia has adopted the draft decree on quotas for inciting the production of electricity from renewable energy sources and highly efficient cogenerations, which will enable a new investment cycle and construction of a large number of solar power plants, wind farms, hydro power plants and biomass and biogas facilities.

The decree is in line with the Strategy of Energy Development of Croatia and the Law on Renewable Energy Sources and will enable the organization of public auctions for market premiums, as well as for incentives in the form of guaranteed purchase prices.

What is the actual significance of this decree? Maja Pokrovac, the president of the association Renewable Energy Sources of Croatia, as one of the most prominent promoters of green energy in Croatia and, consequently, one of the most deserving persons for the adoption of this decree, says for eKapija:

– After the initial FIT system, which has already started the implementation of renewable energy in the entire Europe on a larger scale, including Croatia, the time has come for the second phase of the energy transition and the feed-in premiums. FIP is a transitional system which is supposed to gradually integrate renewable energy sources in the market. Many EU states, Croatia among them, have opted for the FIP system in auctions, which means that investors compete for the premium, which is a variable part and depends on the market price – the higher the market price, the lower the premium. The state will only pay the difference if the offered price is lower than the market price.

Unlike those states, which started implementing this system a long time ago, Croatia has waited for it to be adopted since 2016, Maja Pokrovac says and continues:

– All this time, the development of the RES sector in Croatia has stalled, the initiated projects were being finished, but investors had no frameworks for new projects they would invest in. That is why the adoption of this decree is crucial – a new investment cycle will be initiated, where around HRK 12 billion (EUR 1.6 billion) will be available for RES projects. Each RES project creates new jobs as well, brings benefits to the local community and increases the amount of energy produced from local sources, thereby reducing the dependency on imported energy. I believe that the adoption of the FIP system in Croatia is important as an incentive for the countries in the region, as it shows an example of good practice of continued energy transition and provides the possibility of the exchange of knowledge and experience.

When will Serbia create conditions for new RES power plants?

The adoption of new regulations in Croatia, according to Milos Colic, the director of the Serbian company New Energy Solutions, is good news for the entire region. Colic, who has worked on the development of wind farms Kovacica, Cibuk 1, Alibunar and Malibunar, says that Serbia, as well as most European countries, is done with guaranteed feed-in tariffs and that it is time to prepare for a new wave of investments in renewable energy sources.

– I am glad that the European Bank for Reconstruction and Development (EBRD) has opened a tender for the consultant to help our Ministry of Energy and the Government of Serbia create new regulations for RES. This is a complex, multidimensional task. It is certain that auctions for incentives for projects from renewable sources are something that needs to be implemented in Serbia. This way, the investors and the producers of electricity would take on a greater risk and responsibility than in the first investment cycle. We are ready to help with out knowledge and experience and I believe that we will not be forgotten during the process of the preparation of the new regulations – Colic said.

He pointed out that it was good that more and more RES projects were being developed in the region, as Europe and the world have a clear goal: to fully decarbonize by 2050.

– Renewable energy sources are the future of global energy. In addition to the contribution to a healthy environment, they are very important for energy independence and stability of every state. I believe that, very soon, we will be able to build wind farms without any kind of monetary help from the state. We are ready to discuss this. Money is not the only way for the state to motivate investors. If certain procedures were simplified and certain fiscal charges removed, we could soon start building projects without any monetary subsidies. In Croatia, after all, the Korlat wind farm has recently started its test operations, and it was built without incentives. Why couldn't something like that happen in Serbia as well? – Colic concluded.
Companies:
New Energy Solutions d.o.o. Beograd
Ministarstvo rudarstva i energetike Republike Srbije
Vlada Republike Hrvatske
Udruženje Obnovljivi izvori energije
EBRD London
EBRD Evropska banka za obnovu i razvoj
Tags:
Kovačica
Čibuk 1
Alibunar
Malibunar
Korlat
Maja Pokrovec
Miloš Colić
decree on quotas for inciting the production of electricity from renewable energy sources and highly efficient cogenerations
solar power plants
wind farms
hydro power plants
biomass facilities
biogas facilities
Strategy of Energy Development of Croatia
Law on Renewable Energy Sources
public auctions
purchase price
guaranteed purchase price
green energy
feed in tariffs
renewable energy sources
decarbonization
Share: