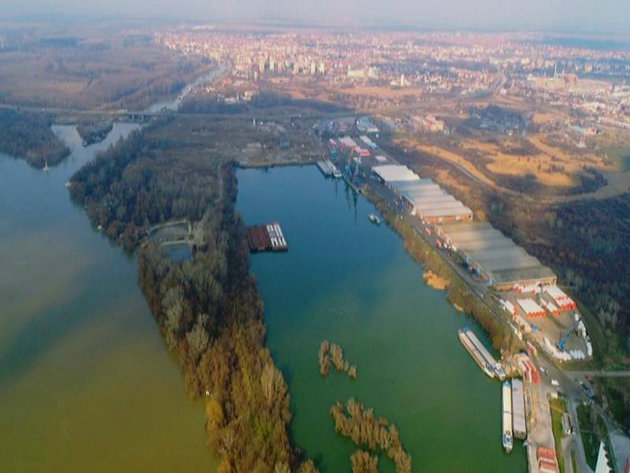 Port of Danube (Photo: Luka Dunav AD Pančevo)
A new intermodal terminal has opened at the Port of Danube in Pancevo. In line with the agreement on business-technical cooperation, Dry Port Terminals primarily aims to connect rail road and water transport of containers. It functions under the principle of providing the services of reloading, loading and emptying containers and other services to all the clients which find the location of Luka Dunav AD Pancevo logistically suitable, as well as its possibility of a quick handling of containers from the terminal and use of a public customs storage, the commercial director of the Port of Danube, Sanja Djurisic, explains for eKapija.

– The port's plans have always included the development of a container terminal, but the key thing was to form a terminal that would provide a wide range of services of trimodal transport. One of the very important moments for the development was the hiring of the best expert in this field in these areas, Misa Lukovic, who will run and develop the terminal. He has been in multimodal transport for over 30 years and the manager of the container terminal at ZIT for over a decade, and his rich experience will contribute substantially to, not just the development of the container terminal, but the continued cooperation with all the big companies such as MAERSK, CMA CGM, MSC, COSCO, HAPPAG, LLOYD – Djurisic says.

The current capacity of the terminal is 650 TEU on 10,000 m2, with the possibility of expansion, as the business increases. Also, there's a public customs storage of 40,000 m2, a customs outpost and numerous forwarders and agents alongside the terminal, which enables a wide range of additional services that a container terminal provides.

Dry Port Terminals is not the first facility of its kind in Serbia, Djurisic notes, but it is the a true trimodal terminal. 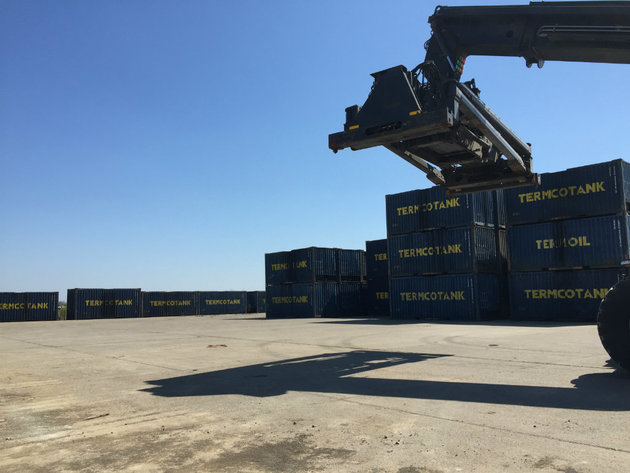 (Photo: Luka Dunav AD Pančevo)
– The advantages of Dry Port Terminal at Luka Dunav AD Pancevo, aside from the excellent organization, are the availability of classic and combined (river-rail-road) transport, which enables an efficient handling of containers along the existing transport routes. Also, the conditions are provided for the establishment of new transport routes, in line with the growing demands of the clients, which are oriented to the Eurasian market and the markets of the Middle East and the Far East – Djurisic says.

Another advantage compared to other terminals is in the good position, considering that it is located at the intersection of two pan-European corridors, Rhine-Main-Danube and the road-rail Corridor X, and that it is only 14 km away from Belgrade, as one of the largest markets. The direct connection of the port with the E-70 road and the Pupin Bridge enables a faster handling of containers for the whole Serbian market and beyond.

The terminal, Djurisic says, has justified its purpose with the handling of the first block train.

The main priority for the next period is to form a train that would travel at a regular schedule.

– Further plans include the expansion of the clients list and the capacity of the terminal. The terminal's business policy entails independence and neutrality in providing services to all users, large container operators and individual requests alike – Djurisic says.