True Oasis Emerging in Serbian Sahara – Complex Including Hotel, Spa Center, 5 Pools and Aqua Park for Children to be Raised near Banatski Karlovac 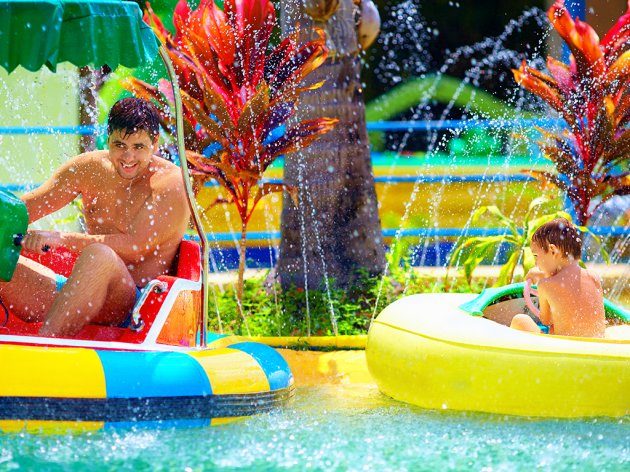 Illustration (Photo: Olesia Bilkei/shutterstock.com)
The Pancevo-based company Makel Elektro, which sells lighting and electrical materials, is planning to build a sports, recreation and hospitality complex at the Deliblato Sands, on around 8,000 m2, as part of the Wekerle (Devojacki bunar) vacation site near Banatski Karlovac, in the Municipality of Alibunar.

As the company's owner and director, Goran Divljak, told eKapija, this is an investment worth EUR 2.5 million.

– The complex will feature a hotel with 120 beds and a spa center with an indoor pool, a sauna, a Turkish bath and a salt room. We will also raise, as special units, a high-capacity restaurant, five pools and an aqua park for children with two smaller pools – Divljak says.

He adds that football, basketball and tennis courts, two of each, will be built within the complex.

– There will also be a special part for 20 camp houses with all the connections, and we will also have a mini zoo with smaller animals, as there are plenty of children visiting the nearby town of Vrsac on school trips, making a stop at the Deliblato Sands. 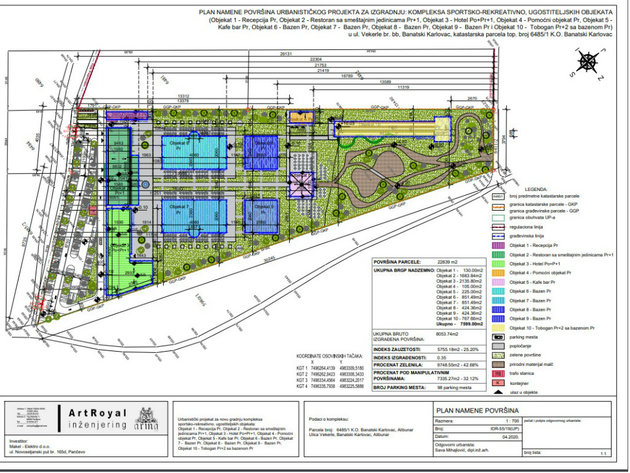 The plan of the complex (Photo: Art Royal Inženjering)

According to our interviewee, the Deliblato Sands is ideal for such a complex, considering the proximity of Belgrade and Timisoara, but also the fact that it is a true air spa.

– The air is the same in Sokobanja, Zlatibor and the Deliblato Sands. Imagine having the same air as on Zlatibor here in Vojvodina on an altitude of 155 meters – Divljak says.

He points out that the complex will be built in three phases and that the entire project will be done in five years.

The urban plan for this project, prepared by the design studio Art Royal Inzenjering from Pancevo, is currently being publicly presented at the Municipality of Alibunar, until May 18.

The municipality told eKapija said that the next step was to confirm the urban plan, which is to be followed by the preparation of the plans necessary for the issuing of the building permit, which, according to the investor, they expect in a month to a month and a half.

– This project will be of great importance for the development of tourism in the area of Devojacki bunar and the municipality of Alibunar – the Municipality said.

The plan, which can be found in a digital form on the website of the Municipality of Alibunar, specifies that the restaurant will also have its own accommodation units (22 rooms and two apartments), whereas the hotel will have 39 rooms and an apartment, plus a cafe. The entire complex will have 98 parking spaces.