Is Ban on Work on Sunday in Stores Realistic After Coronavirus Crisis? – Union's Request Supported by Church 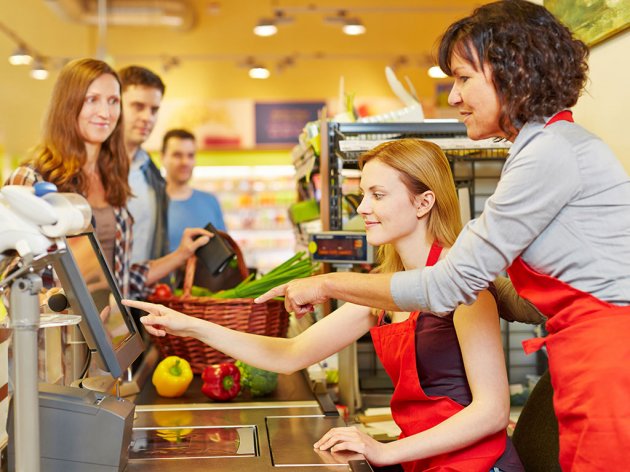 Illustration (Photo: Robert Kneschke/shutterstock.com)
Should Sunday be a work day or not for workers at stores? The topic was in the focus of attention early this year. The discussion dates back to 2018, when the Association of Free and Independent Trade Unions (ASNS) and the Federation of Autonomous Trade Unions of Serbia filed a proposition to the Ministry of Trade, Tourism and Telecommunications and the Government of Serbia to ban work in stores on Sundays, so as to improve the quality of life of the workers.

This January, the Ministry of Trade adopted the decision on forming a task force which would be in charge of, as said at the time, “looking into all the aspects of the potential decision on the ban on work of stores on Sundays in Serbia.”

Minister of Trade, Tourism and Telecommunications Rasim Ljajic said at the time that it pertained to 300,000 people and that the industry accounted for 10% of Serbia's GDP, with 15% of all employees in Serbia working in this sector.

Commissioner for Protection of Equality Brankica Jankovic welcomed the decision of the Ministry of Trade, Tourism and Telecommunications to form the task force and reminded that she had filed an initiative for the amendment to the Law on Trade in mid-December 2019.

In the meantime, ASNS announced that the support for the initiative among the store chains and the citizens was growing. In late January, Serbian Minister of Labor, Employment, Veteran and Social Policy Zoran Djordjevic said that the issue should be settled between the employees and the workers and that the decision to ban work on Sunday would have a negative impact on tourism, a growing industry in Serbia.

We looked into whether the coronavirus crisis had changed anything when it comes to this topic.

ASNS: Coronavirus crisis an argument for implementation of ban on work on Sunday

The president of ASNS, Ranka Savic, believes that, in the time of the pandemic, “many of us have not learned anything or gone down a different road, better and more humane, a road of solidarity.”

– Our political elite is doing as usual, even slightly more aggressively, as the election is getting closer. We are fully aware that only one man makes decisions in this country, the president of Serbia. My expectations that the global pandemic will put human beings in the center of the focus have not come true. The crisis has shown all the vulnerability of people, citizens and workers, but also the urgency with which these problems need to be solved. When the worker is jeopardized, the entire economy, culture and the state grind to a halt – she emphasizes.

She adds that the logical conclusion and the consequence of the situation would be for the focus to be placed on ordinary people and their needs.

– A worker needs to have a free Sunday, to spend it with the family and friends. ASNS will once again make an initiative for the work on Sunday to be banned, as coronavirus has taught us a good lesson. It will serve as another argument for seeking this ban. Another new argument is the support of the Serbian Orthodox Church and Patriarch Irinej, whom we have asked to take a position on the initiative, to which they have given their blessing – Savic says for eKapija.

She also notes that they are aware of the economic crisis and its consequences, but that they are also convinced that the ban on work on Sunday will not have an essential impact on the situation in Serbia.

– The price of the ban on work on Sunday is small, and the benefits are great, regarding the health, happiness and psychological peace of store employees – she says.

Jankovic: Most important thing to mitigate consequences to economy and citizens

Commissioner for Protection of Equality Brankica Jankovic says that, at the moment, the most important thing is to mitigate the consequences to the economy and the citizens after a two-month fight against the spreading of coronavirus and to carry out the protection measures, which are still in effect.

– We shouldn't forget that there's a risk of the virus coming back and that public health protection is still the most important task for all. I believe that there are priorities that each of us needs to understand and support, each in their own field – she adds.

She points out that coronavirus has once again confirmed the fact that sudden life circumstances can change even the best plans:

– At the moment, the most important thing is to take measures for the recovery of the economy, to save jobs, to help vulnerable groups such as the unemployed, the poor, or the Romani people. It's important to make efforts to strengthen the healthcare system, as this experience has taught us that we should do everything in our power to secure an efficient functioning of all public services. It is now quite clear that safety risks, challenges and threats in the future will certainly include these kinds of issues, affecting the entire society, economy included.

Ban on Sunday work in other countries

In the region, although the topic has been discussed in Bosnia and Herzegovina and Croatia, the idea was realized in March 2019 only in Montenegro.

In the world, Greece, Austria, Belgium, Cyprus, the Czech Republic, France, Germany, Hungary, Iceland, Luxembourg, the Netherlands, Spain, Poland and Great Britain have clear rules about who can or cannot work on Sundays, as the BBC News (in Serbian) reported last year. Italy had planned to implement this ban, but economists then calculated that such a decision could cost the country over EUR 10 billion.

In addition to this model, there is also the Scandinavian one, where the implementation of a four-day work week is advocated.