VUCIC: We are bringing an important investment to Novi Sad, in two years we will have a GDP on the Croatian level 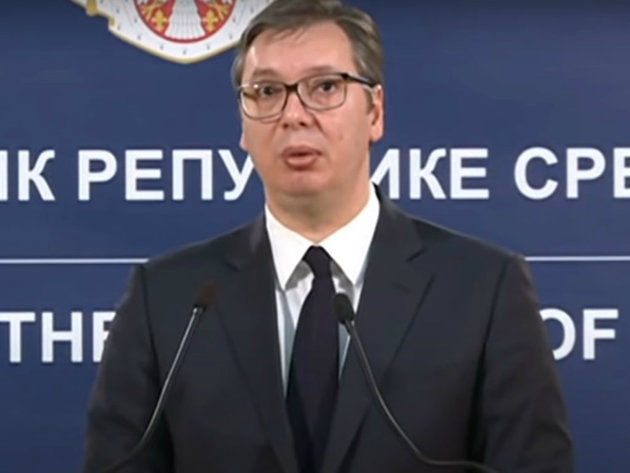 Aleksandar Vucic (Photo: YouTube/screenshot)
An investment will be brought to Novi Sad, which will exceed the one of the aircraft engine company MTU, to be built in Nova Pazova, Serbian President Aleksandar Vucic announced.

He said on TV Happy that Serbia had been able to fight the coronavirus crisis thanks to stable public finances, a large number of foreign direct investments and the relatively recent purchase of 10 to 11 tons of gold, whose value had increased by 50-60%.

When asked whether companies are satisfied with the stimulus package, Vucic said that they were and added that there had not been any major complaints, except from the Fiscal Council, which had advised against the measure of paying EUR 100 to each citizen of legal age.

Discussing the help from the European Union, Vucic says that the most is expected from the package which is to arrive this autumn.

He pointed out that the development of Serbia's economy mostly depended on the quickness of the development of the European economy and noted that 67% of the country's trade was with the EU, with Germany alone accounting for 13%.

He said that the average salary in March would probably be 515 to 520 euros.

– The competition and the market are creating higher salaries and we need this – he pointed out and emphasized that the coronavirus crisis had slowed down the investment plan of EUR 10 billion, but that it would continue and that it had not stopped.

Vucic also said that, in 2012, the GDP had amounted to EUR 35 billion in absolute terms, whereas, for 2020, the projection had been EUR 50 billion before the outbreak. He added, however, that it would reach EUR 52 billion the next year.

– In two years, we will have the same GDP as Croatia – he added.