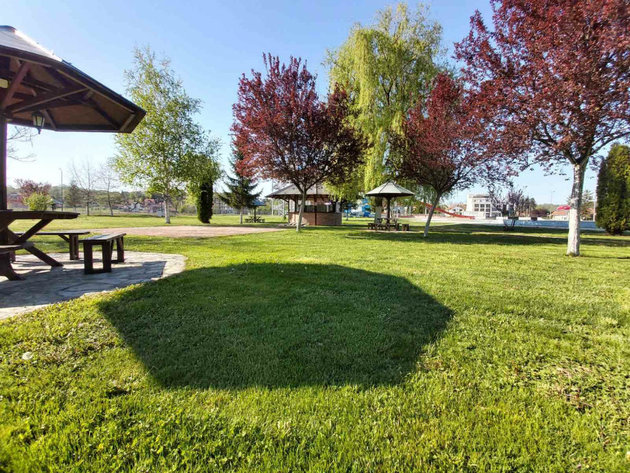 (Photo: Bogdan Kurtić)
In the season when we are advised to vacation locally, spas in Serbia, which are growing increasingly attractive, could be the right choice. Banja Vrujci is to expand its tourist offer with new features, and a 4-star hotel is to open soon, Bogdan Kurtic, the manager of Nova Banja Vrujci told eKapija.

– We are currently preparing 22 apartments for the season. According to our standards, these apartments will have four stars. A restaurant is planned as well, but as the works have stopped due to the pandemic, I'm not sure that it will be completed in time for the upcoming summer season – Kurtic says.

Other features are also planned in the same building, a small spa center with an indoor pool, which should be completed next year, helping the summer season at this spa extend to the whole year.

As he says, around EUR 2.7 million has been invested in Nova Banja so far, not counting the initial investment, that is, the purchase of the complex.

There's already an aqua park with pools within the spa, about whose construction eKapija has already reported, and which is visited by up to 5,000 people a day during the summer season.

– That would make our offer complete. We offer five pools, one pool for children, a waterslide with a pool, three cafes, two restaurants, a fruit bar and all this in a park area, with lots of greenery on around 5 hectares – Kurtic says and adds that parking is available to all visitors.

The pools are built around springs, and natural thermal water is continuously refreshed throughout the day, thanks to the natural pressure. Each night, it is replenished in full. The temperature is 29 to 31 degrees Celsius.

Banja Vrujci is located in the Toplica river valler and beneath the air spas Divcibare and Rajac on the Ljig-Mionica road. Vrujci is only 92 kilometers away from Belgrade, making the spa available and attractive for both longer vacations and shorter field trips and weekends.