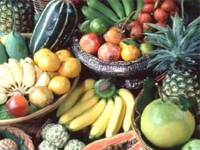 We are thinking about procurement of company Fresh & Co. (manufacturer of next juices), but, so far, Coca Cola has the advantage, because its negotiations with the administration of that company last longer – said Bojan Radun, executive director of Nektar from Bačka Palanka, and added that the financial estimates were underway.

During the talks in the unit for fruit concentrates and porridges in Vladičin Han, which Nektar bought as part of Delišes, Radun confirmed that Nektar had become the biggest manufacturer of juices in the Balkans and the biggest fruit processing company in Southeast Europe. This year it will produce 100 million liters of juices and the income will most probably reach amount of €40m, €7.5m of which will be the income from export. Responsible for such results and production growth of 90-200% is the Factory in Vladičin Han, ever since it created one of the bigger exporters in the south of Serbia from the former loser by investment of over €2.5m. The company now owns all existing international certificates for quality, food safety and ecological production.

Nektar will soon start to pack juices and nectars in tin cans and glass packaging, whereas operations with PET packaging and production of domestic energy drink are in the pipeline.