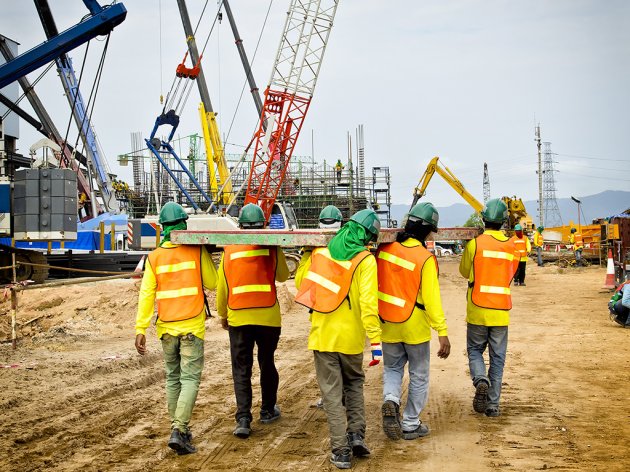 Illustration (Photo: CoolKengzz/shutterstock.com)
With the latest amendments of the Decree on the Measures During the State of Emergency, the ban on movement in public spaces no longer applies to construction workers hired at properly registered construction sites.

Let us remind that the ban of movement, to the end of suppressing the spreading of COVID-19 and protecting the populace from the disease, is still in effect during the state of emergency, in public spaces, that is, outside of apartments, premises and residential facilities and outside of households for everyone else.

– Although the obligation of obtaining a permit from the organs of the Ministry of Foreign Affairs no longer applies to construction workers, in line with the amendments to the decree, we suggest to employers to issue permits for each individual worker, with the name, the number of the contract, the list of the jobs the worker is doing and the registration number of the construction site, as well as the note that the permit is issued to the end of carrying out said jobs and that it cannot be used for any other purpose, and also featuring the date of the issuing and the mandatory signature of the employer, for the purpose of easier cooperation with the police in legitimizing the workers during the curfew – the Serbian Association of Employers announced.
Companies:
Unija poslodavaca Srbije
Vlada Republike Srbije Beograd
Tags:
Serbian Association of Employers
Government of Serbia
Decree on Measures During the Curfew
ban on movement
curfew
construction workers
movement during the curfew
permit for movement
Share: