How and to what extent has the pandemic changed the business? 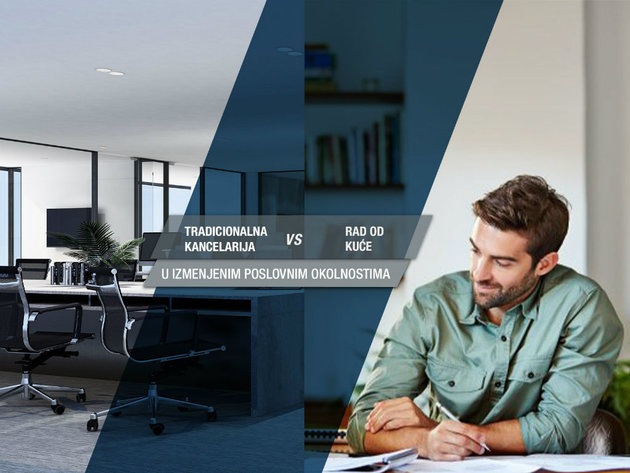 (Photo: CBS International)
Ever since the World Health Organization declared a pandemic caused by the COVID-19 virus, the lifestyle and the way business is done have changed completely worldwide. Although the end of the several-week-long isolation is close, it is quite certain that this period will have its effects on many aspects of life. This is also reflected in the results of a major survey recently conducted by a leading real estate consultancy CBS International, part of Cushman & Wakefield Group, called "Traditional Office vs. Home Office in a Changed Business Environment". The survey involved 250 domestic and international companies from different industries, based in Serbia, and the results comprehensively illustrated how COVID-19 affected and will affect their business in the future.

The survey confirmed that, out of the surveyed companies, only 5% of them have been working full-time from the office, 69% of companies have organized work from home for their employees, while the rest have combined the two.

The data also shows that 40% of companies say that the greatest benefits of working from home are safety and flexible work schedule, which allows employees to organize their daily routine according to their needs. Higher productivity and saving time commuting to and from work are also very important factors.

On the other hand, while spending time with family is considered a benefit, 17% of the surveyed companies said that it actually represents a great challenge for them, as different activities and responsibilities regarding their children result in reduced work efficiency. One third of the respondents cited the lack of personal contact and interaction with colleagues, slower flow of information as well as the lack of face-to-face meetings as some of the biggest obstacles in the current work mode. Because of this, nearly 50% of the survey respondents have online meetings with colleagues several times a day.

The survey also showed that more than a half of the companies would use some of the advantages of working from home and, after this experience, implement certain changes in their teamwork organization, some of which would include a better organization of time and space, flexible workplaces, the ability to work from home for a couple of days a month, as well as making occasional conference calls instead of having meetings.

Companies planning to implement these changes expect an increase in the efficiency of their teams as compared to the traditional way of working in the office, greater loyalty of employees to the company and to attract young and educated people who see great benefits in such a work environment.
Companies:
CBS International Beograd
Cushman i Wakefield SYDNEY
Tags:
CBS International
Cushman and Wakefield Group
World Health Organization
Traditional Office vs Home Office in a Changed Business Environment
coronavirus
covid 19
work from home
work at the office
Share: