Will Fairs Go Online? – Digitization and Specialization as Guidelines for Near Future 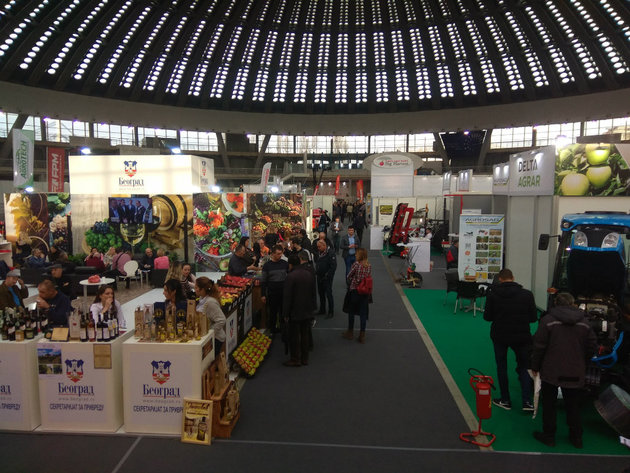 (Photo: Branislava Petrović/eKapija)
The postponement of a large number of fairs in Serbia and the world as a consequence of the coronavirus pandemic and the simultaneous moving of the majority of companies' operations to the internet and even the transformation of many fairgrounds into temporary hospitals have put virtual fairs into focus.

Experts say that the advantages of e-fairs are that the organization is easier and cheaper, that there are no limits when it comes to the number of exhibitors, that there are no difficulties regarding the schedules, cancellations and similar problems and that they are constantly open. Also, perhaps the key advantage at the moment is that there is no physical contact.

Virtual fair platforms are nothing new in the world, though they are usually used for job fairs. Still, in the current situation, their popularity might grow suddenly and even expand to other types of fairs.

We asked Nebojsa Petrovic, a marketing expert who launched the first e-fair in Serbia 14 years ago with his company Expologic, how realistic all this is.

– In 2006, we launched the platform Virtual Fair Serbia and then the portal grew into an e-fair, a fair which entailed the global presence of various exhibitors, so, not just companies from Serbia – Petrovic says.

The Virtual Fair portal was even presented at the Shanghai Expo in 2010, at a business presentation called “Serbia, Your Business Partner”, opened by the then economy minister Mladjan Dinkic.

– In that period, there was no Facebook and we were a vanguard of digital communication in the business world and promotion of companies' services. We went on for a while, but didn't survive. It was a good vision, but we started out too early regarding the reality of Serbia – our interviewee says and adds that he is now sorry that he didn't launch the e-fair five years ago, as many had created something similar to his virtual fair in the meantime.

According to him, virtual fairs can't fully replace the traditional ones, but they can certainly do so to a certain extent.

– The purpose of fairs has long since changed. Considering that traditional fairs entail people coming over and visiting booths with a clear goal of getting to know the exhibitors and their goods or services, see what the competition is doing, or make a good deal, it's clear that the contact does not have to be physical. For professional visitors, virtual fairs are a good replacement. They don't have to travel to Munich in order to see bauma, but do an online search and contact 4-5 companies which are interesting to them – Petrovic says.

He adds that the previous global financial crisis contributed to the spreading of virtual fairs and that the new one will do so on an even grander scale, considering the new technologies and digital channels, especially in the light of the question whether and when the communication will go back to the state before the epidemic, with a group of people in the same space.

– Data show that the use of Skype, Zoom and similar platforms for communication has grown incredibly in the past month. A huge part of business operations have moved online, which is also the solution for B2B meetings – Petrovic says.

He says that there will always be a need for traditional fairs, but that changes will certainly happen.

– Fairs are good as you can target the service, the country, the producer, they help you filter the information. Still, they will have to change and reduce their scale. It's already happening – there used to be technology and construction fairs, which slowly split, and now construction fairs need to be split into fairs of woodworking, installations, roof coverings etc. Virtual fairs are a very useful complement in that respect – our interviewee says.

This is the way that Vladimir Zivanovic chose. Zivanovic is the director of the first specialized fair of viticulture and fruit and vegetable growing, Agro Belgrade, held in early 2020 at the Belgrade Fair.

When asked if he can imagine the next Agro Belgrade taking place online, he says that “it's not unimaginable.”

– We'll see how things will be this autumn. We've already seen that large fairs like the car show in Belgrade and the agricultural fair in Novi Sad are scheduled for September. I expect the situation to clear by 2021 at the latest and we will most probably schedule Agro Belgrade for January. If not, we'll move it to 2022, and we could make a virtual fair in 2021, if that's the only option – Zivanovic says.

He believes that a true virtual fair, which would entail much more than a simple web presentation, could be an interesting alternative, but still points out that only living fairs are true fairs and adds that we shouldn't give up on them as long as they can be organized.

– B2B meetings and conferences are not a problem, it's already done online, but without physical contact, direct talk and being able to touch the product, there's no rel fair – our interviewee says.