Can Coronavirus Jeopardize the TurkStream Gas Pipeline Project in Serbia? 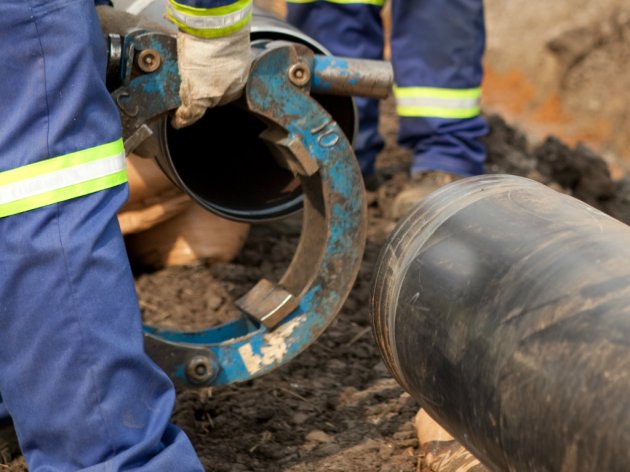 Illustration (Photo: Andrea Slatter/shutterstock.com)
In the midst of the crisis caused by the coronavirus pandemic and the fear of inevitable economic consequences, there is also the question of completing the started and announced large investments important for the gas stability of Serbia.

One of the most important projects, TurkStream, through which the first quantities of gas were delivered in early January and from which Serbia expects a lot, will certainly not be jeopardized by coronavirus, gas expert Vojislav Vuletic says for eKapija.

– Coronavirus does not interfere with the works on TurkStream, as they are carried out outdoors, so there's no danger. We've seen that the works continue as usual on NordStream 2 – he points out.

Although Serbia finished laying down the pipes in its territory last year, the building of the compressor station near Zabar remains to be done. It will be used to pump gas toward Hungary and make the gas pipeline fully functional.

Vuletic believes that there will be no problems with it.

– Compressor stations are very simple. A compressor comes out of a factory and is simply connected to the gas pipeline – Vuletic says.

He adds that a bigger problem is that Bulgaria is late with laying down the pipes in its territory, but says that this can't postpone the announced deadline for the opening of TurkStream in Serbia either.

– Bulgaria is late, but there are works there too at the moment, thanks to the favorable weather conditions, so there will be no delays. As announced, we can expect the gas to start flowing through our country in October.

Vuletic assures us that not even the apocalyptic economic projections for the post-pandemic period cannot jeopardize the gas pipeline.

– These are very expensive projects. TurkStream is worth nearly USD 8 billion, and funds have already been secured, so economic disturbances won't reflect on this energy segment – Vuletic says.

When it comes to the gas interconnection with Bulgaria and regarding the recent statement by the European Commissioner for Enlargement, Oliver Varhelyi, who said that there was a plan to redirect EU funds for the Nis-Dimitrovgrad gas pipeline to help fight the consequences of the pandemic, Vuletic says that it would be truly outrageous.

According to the announcements, this gas connection was supposed to start being built right before the pandemic broke out in Serbia.

– “Outrageous” is the only word, and , of course, such a decision would postpone this project. They're helping us with our own money. But when the TurkStream is done, this connection will no longer be as important for Serbia as it is now – Vuletic believes.