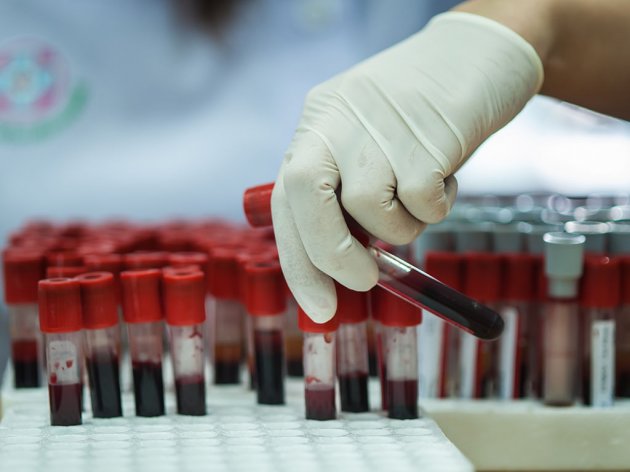 Illustration (Photo: somsak suwanput/shutterstock.com)
The Minister of Agriculture, Forestry and Water Management of Serbia, Branislav Nedimovic, signed the agreement with representatives of the Chinese institute BGI on the donation for the construction of two modern labs for coronavirus testing today, in the presence of Serbian Prime Minister Ana Brnabic and Chinese Ambassador to Serbia Chen Bo.

The Chinese donation pertains to the construction of two laboratories, one at the Clinical Center of Serbia, which should start working these days, the other in Nis, probably at the Public Health Institute.

The agreement includes laboratories which can carry out up to 3,000 tests a day, which is three times more than the current testing potential in Serbia, and entails the necessary equipment, tests and sampling kits.

The lab in Belgrade is expected to open in mid-April, whereas the one in Nis is to be built from scratch, which takes around a month and a half, the Government of Serbia announced.

The signing, which was also attended by ministers Zlatibor Loncar and Aleksandar Antic, was organized online. The agreement was first signed by the Serbian side at the Palace of Serbia, and the signing of the agreement in China was then followed through a video-link.

BGI, the leading world institute for geonomics and a provider of services, has donated the medical equipment and testing devices for these labs so as to help Serbia strengthen its capacities for fighting coronavirus.

Starting from Wuhan, in the middle of the epidemic, BGI built several dozen such labs throughout China, which turned out to be one of the crucial steps in that country's strategy to beat the new coronavirus.

The arrival of the equipment and the experts of BGI, which will train medical staff and set up the labs in Serbia, is expected at the beginning of next week.

In a gesture of remarkable generosity, Mammoth Foundation, Tencent and BGI founders, all from China, donated the key instruments for the laboratories.

Equally important is the donation by the Chinese company Zijin Bor Copper Serbia, which has generously helped the Government of Serbia in these difficult times.