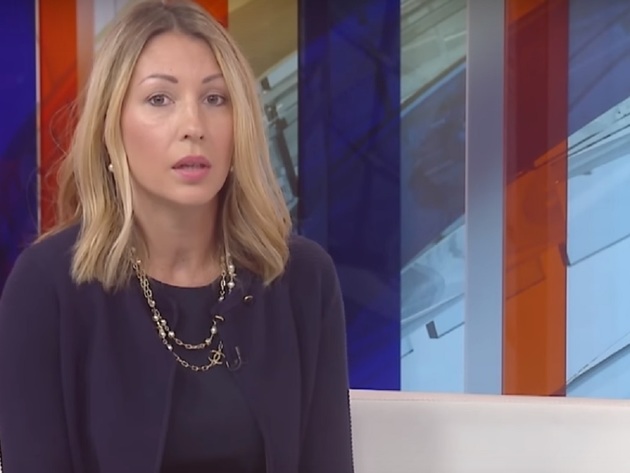 Dubravka Negre (Photo: Printskrin/Youtube)
A new package for countries outside the EU, worth several billion euros, is expected to be approved next week, and it will aim to help the public sector, the banking sector and small and medium enterprises, said Dubravka Negre, Head of EIB Regional Representation for the Western Balkans.

At the webinar organized on April 2 by the Serbian Association of Managers (SAM) and ICT Hub, she said that the European Investment Bank had come out with a EUR 40 billion set of measures for Europe the previous week and that it was only the first part of the financing package planned by the institution.

– We are working on an additional guarantee fund, whose potential could be five times as large and we hope that this additional package will be adopted – Negre said.

When it comes to the Serbian market, she said that there was EUR 75 million of unspent funds, which would be allocated in cooperation with commercial banks and used primarily for working assets and liquidity.

– We are talking more than EUR 75 million as part of active credit lines for SMEs, and some funds will also be available to microcompanies. Guarantees to commercial banks will also be immediately available, so that they can handle the risk of financing the economy more easily, through which EUR 400 million can be mobilized without delay. Most of the funds can also be repurposed from investment to working assets. We are also preparing new financial packages for this region, which will help the economy recover more easily from the severe consequences that are expected. We will also continue supporting the strengthening of Serbia's health system, for which we have set aside EUR 250 million so far – Negre said.

She said that the situation arising from the spreading of coronavirus was very serious and comparable to the 2008 crisis. Negre pointed out that the EU had taken measures in its domain and that every country had come out with its own set of measures.

As she added, economic problems in Europe can be expected to spill over into Serbia, as nearly 70% of the Serbian economy leans on the one in the EU. Also, she says that the projections for the growth of the eurozone have dropped considerably and that the recession is projected at 6-16%.

– I believe that it is inevitable that the consequences will be felt in the region as well and it remains to be seen how we will cope with those consequences – Negre said.