VESIC: Infrastructure Projects Financed by the City of Belgrade to Continue 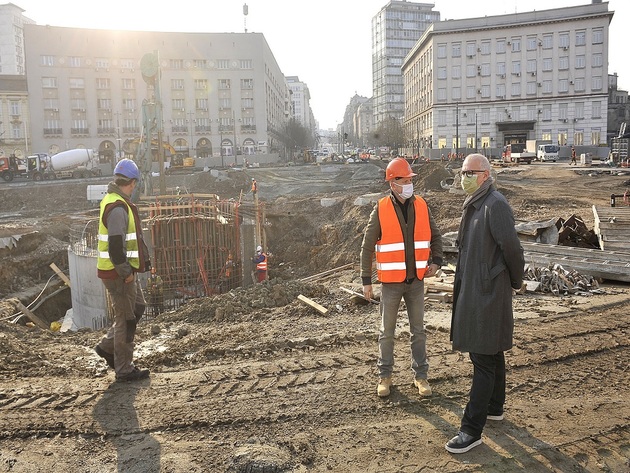 (Photo: Beograd.rs)
The deputy mayor of Belgrade, Goran Vesic, said that construction works in Belgrade had not stopped regardless of the state of emergency.

– To us, it's especially important, because, if the construction industry continues working, our economic recovery will be much quicker. At no point has the City of Belgrade stopped the ongoing infrastructure projects. We are working constantly on building Patrijarha Pavla Blvd, reconstructing the Sava Wharf, completing the footbridge connecting the Belgrade Fortress with the Sava coast and, as you can see, reconstructing the Sava Square – Vesic said on TV Pink.

He added that the tram traffic on the Sava Square should be reinstated in early April, as promised.

– We expect the car traffic to be reinstated in mid-April as well, which means that we won't have to wait for the square to be finished in order to have tram, car and bus traffic there – the deputy mayor said.
Companies:
Grad Beograd
RAS
Tags:
Goran Vesic
construction sites
monument to Stefan Nemanja
Railway Station
Patrijarha Pavla Blvd
Sava Wharf
Belgrade Fortress Sava coast footbridge
reconstruction of Sava Square
Sava Square
state of emergency
coronavirus
tram traffic
pedestrian zone
Share: